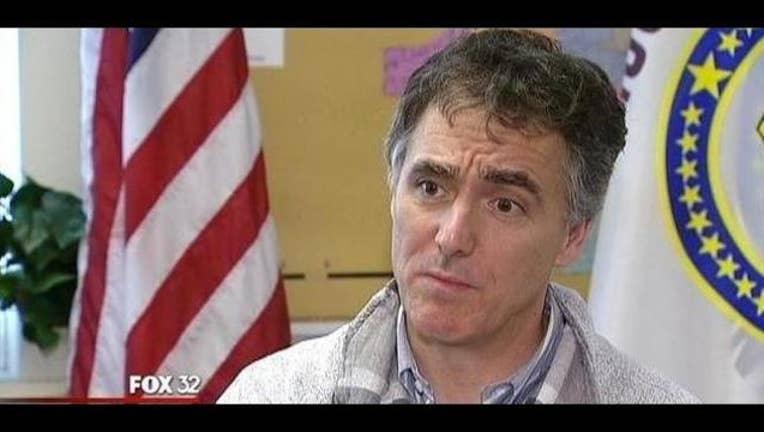 A federal judge on Friday granted a temporary restraining order prohibiting Cook County Sheriff Tom Dart and his employees from lobbying credit card companies to stop allowing their cards to pay for certain ads on Backpage.com, the classified ad website that Dart says is used by pimps and sex traffickers.

On Friday, Tharp ordered issue a 10-day temporary restraining order, stating that Backpage.com demonstrated that it has a “more than negligible likelihood of succeeding” on claims that Dart violated and threatens to continue violating the First Amendment rights of Backpage.com and its users.

The restraining order prohibits Dart and his office and all Cook County Sheriff’s office employees from taking any action to “request, direct, persuade, coerce or threaten” credit card companies, processors and financial institutions to discontinue payment or services to Backpage.com for the next 10 days.

In his letter to Visa and MasterCard, Dart took aim at the website’s posts: “In just one month this spring, Backpage.com posted 1,461,227 ads in its ‘Adult Escort’ section in the United States. I challenge you to find an ad in that section that is not selling sex. Most of them even include prices, hotel locations, nude photos and, increasingly, videos,” Dart said in separate letters sent to the CEOs of both credit card companies on June 29.

The case will be heard next on July 28 to schedule a hearing for a preliminary injunction.