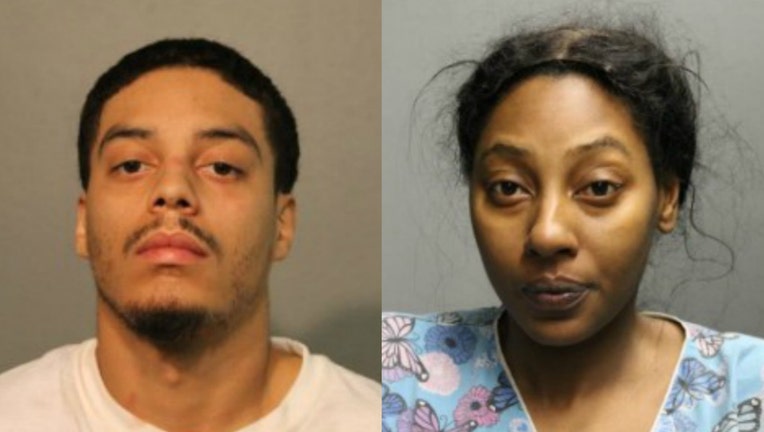 CHICAGO - Bail was set at $10,000 during a hearing Thursday for two people charged in the accidental shooting of their baby boy Monday in Uptown on the North Side.

Travis McCoy, 26, and Adriana Smith, 28, were arguing at their apartment in the 800 block of Eastwood Avenue when a gun fell out of McCoy’s jacket, Cook County prosecutors said.

The couple struggled over the gun and it went off, striking their 23-month-old son in the side of the head, prosecutors said. McCoy took him to Weiss Hospital, allegedly telling officers that someone shot at them on the street.

The boy was transferred to Lurie Children’s Hospital, where he was stabilized, Chicago police said. McCoy was taken into custody after investigators determined his story didn’t add up.

McCoy was charged with a felony count of false complaint to 911 while Smith was charged with felony obstruction of justice and destroying evidence, police said. Both were also charged with misdemeanor counts of causing a child to be endangered.

Their next court date was set for Feb. 6.