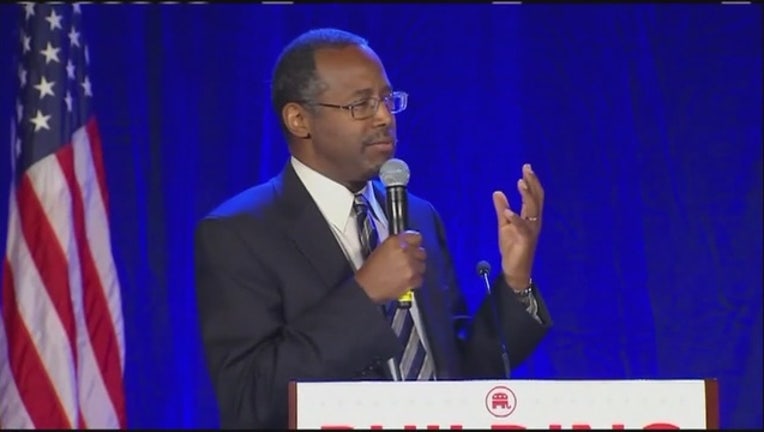 Detroit native Ben Carson announced on Wednesday that he would not be attending the GOP debate in Detroit.

In a press release from Carson's campaign, he said he did "not see a political path forward in light of last evening's Super Tuesday primary results."

The surgeon launched his campaign for presidency last year and has only collected eight delegate votes.

I have decided not to attend the Fox News GOP Presidential Debate tomorrow night in Detroit.  Even though I will not be in my hometown of Detroit on Thursday, I remain deeply committed to my home nation, America.  I do not see a political path forward in light of last evening's Super Tuesday primary results. However, this grassroots movement on behalf of "We the People" will continue. Along with millions of patriots who have supported my campaign for President, I remain committed to Saving America for Future Generations. We must not depart from our goals to restore what God and our Founders intended for this exceptional nation.

I appreciate the support, financial and otherwise, from all corners of America.  Gratefully, my campaign decisions are not constrained by finances; rather by what is in the best interests of the American people.

I will discuss more about the future of this movement during my speech on Friday at CPAC in Washington, D.C.

Armstrong Williams, Carson's longtime business manager, tells the Associated Press it's "just the reality" that "there's only one candidate in this 2016 election on the GOP side, and his name is (Donald) Trump."

Williams adds that Sens. Marco Rubio and Ted Cruz also "have no path" and should drop out.

It was not immediately clear whether Carson will officially suspend his campaign, but Williams says he no longer will actively seek votes.

Another Carson aide, Larry Ross, said Carson will offer "more details" when he speaks Friday at the CPAC gathering, an annual conservative confab.