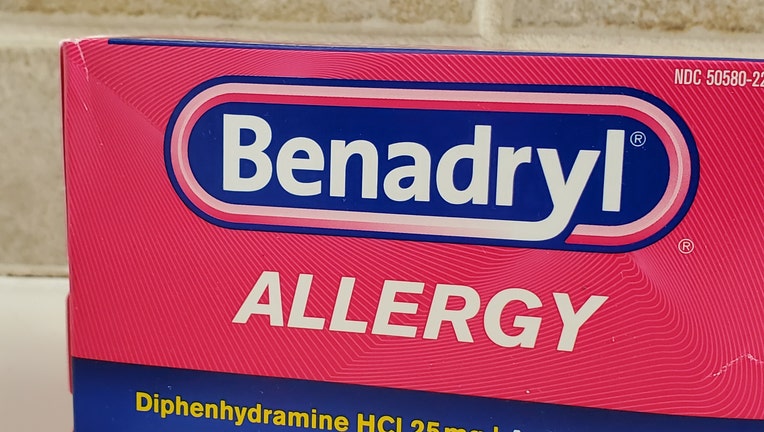 The “Benadryl challenge” is a dangerous social media fad on the app TikTok that led to the death of a 15-year-old Oklahoma teen last week, and the hospitalization of at least three Texas teenagers in May, according to multiple reports.

The deadly challenge coaxes participants to take several doses of the over-the-counter antihistamine drug diphenhydramine (Benadryl) to the point that the person trips out or hallucinates.

“I would say that the Benadryl challenge may look fun, but it could be deadly. The Benadryl challenge is dangerous and potentially lethal," Dr. Adam Berman, an emergency medicine physician and toxicologist at Northwell Health/ Long Island Jewish Medical Center in New York told Fox News.

“In normal doses, Benadryl is safe. In an overdose, Benadryl can cause the heart to beat irregularly, which could eventually lead to the heart stopping.  It can also cause seizures and extreme drowsiness, which could be fatal when combined,” Berman, also the associate chair of emergency medicine, added.

Dr. Kelly Johnson-Arbor, the medical director at National Capital Poison Center, told Fox News that “even though it is available over-the-counter and is generally safe when used as directed on the package insert, serious toxicity can occur when Benadryl is used in larger amounts.” Johnson-Arbor, a medical toxicology physician added: “Benadryl ingestion can affect the brain (this is why it causes hallucinations that are mentioned in the description of the challenge) but it can also affect the heart. When taken in large quantities, Benadryl can cause heart rhythm problems, cardiac arrest, and death.”

“The bottom line is that engaging in such a challenge is inherently dangerous and can be fatal,” Dr. Robert Glatter, an emergency physician at Lenox Hill Hospital in New York City, told Fox News. “People may require intubation to secure their airway in the setting of a significant overdose. Simply put, as you approach the dose that leads to hallucinations that the 'challenge' calls for, the risk for seizures and deadly cardiac arrhythmias significantly increases as well,” Glatter told Fox News.

The BENADRYL TikTok trend is extremely concerning, dangerous and should be stopped immediately. As with any medicine, abuse or misuse can lead to serious side effects with potentially long-lasting consequences, and BENADRYL® products should only be used as directed by the label

A spokesperson for Johnson and Johnson, the manufacturer of Benadryl, emailed Fox News a statement:

“The health and safety of people who use our products is our top priority. The BENADRYL TikTok trend is extremely concerning, dangerous and should be stopped immediately. As with any medicine, abuse or misuse can lead to serious side effects with potentially long-lasting consequences, and BENADRYL® products should only be used as directed by the label. It is our strong recommendation that all medications be kept out of the reach of children at all times. We are working with TikTok and our partners to do what we can to stop this dangerous trend, including the removal of content across social platforms that showcase this behavior.”

Physicians told Fox News it is important for parents to try to protect their children from this social media challenge.

Glatter said, “In light of these and other risky social media 'challenges,' it’s vital that parents monitor their teens’ social media activity.”

In the event that an overdose is suspected, Dr. Johnson-Arbor told Fox News, “If you have any questions about the Benadryl Challenge, are concerned about a potential toxic exposure, please contact poison control any time, 24 hours a day, 7 days a week, 365 days a year.” For more information go to this website, where advice is free and confidential.