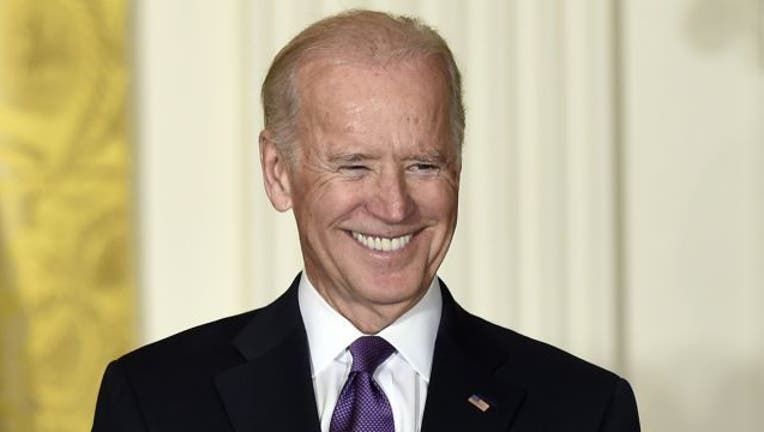 HAMILTON, N.Y. (AP) - Former Vice President Joe Biden says that if he had run for president in 2016 he could have won.

Biden told students at Colgate University in central New York on Friday that he could have won the election but the Democratic primary would have been "very difficult."

Biden said his son Beau's battle with brain cancer kept him out of the race.

The Observer-Dispatch of Utica reports that Biden said anyone who runs for president should be able to "look the public in the eye and promise you they can give you 100 percent."

Biden says he doesn't regret not running but added, "Do I regret not being president? Yes."

Biden says he hopes President Donald Trump, a Republican, "grows into the job a little bit."