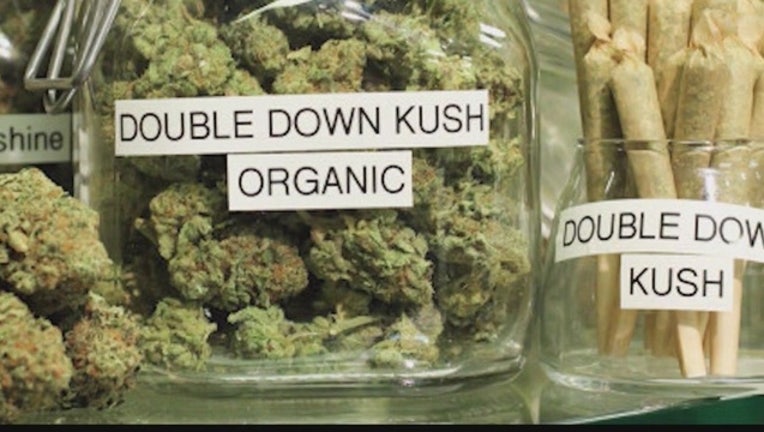 SPRINGFIELD, Ill. (AP) — Medical marijuana in Illinois would be required to carry warning labels about possible side effects under a bill proposed by a Republican lawmaker.

Rep. Dwight Kay said the goal is to treat medical marijuana like other prescription drugs that warn patients about possible adverse effects. His bill, which is up for a House committee vote Monday, doesn't specify what warnings should be on the products, leaving it to the state health department to decide.

But Kay said he would like to see warnings about how marijuana can cause drowsiness and impaired driving, and that it can affect pregnancies.

Medical marijuana sales began in Illinois in November under a 4-year pilot program, which Kay opposed. However, he said he believes it will eventually become permanent and wants the labeling to be in place as soon as possible.

"It's better coming sooner or later that we get the appropriate warnings on the package or whatever this is being dispensed in," he said.

Currently, marijuana-infused products like chocolates and other edibles are required to have language stating that the cultivation center where the pot was produced is not subject to public health inspection. The products are also required to state that they're intended for medical use and not for resale or transfer. A clearly visible label warning that the product is marijuana and not food is also required.

But listing possible side effects of the drug, whether in edible or plant form, are not among the current labeling requirements.

Bresha Brewer, the executive director of the Medical Cannabis Alliance of Illinois, said her group is still reviewing Kay's proposal and has not taken a position yet. However, she noted that dispensaries already provide educational materials at their shops. She also said medical marijuana patients get one-on-one consultations with employees about how pot may affect them.

"Everyone is going to react differently," Brewer said.

Dan Linn, a spokesman for the Illinois chapter of the National Organization for the Reform of Marijuana Laws, said he believes further labeling on the products is unnecessary. But, he added, "The more information we can provide patients is beneficial."

Kay said his biggest concern is with people who may come in contact with the drug without understanding the possible consequences.

"For lack of a better word, the innocent bystander," he said.