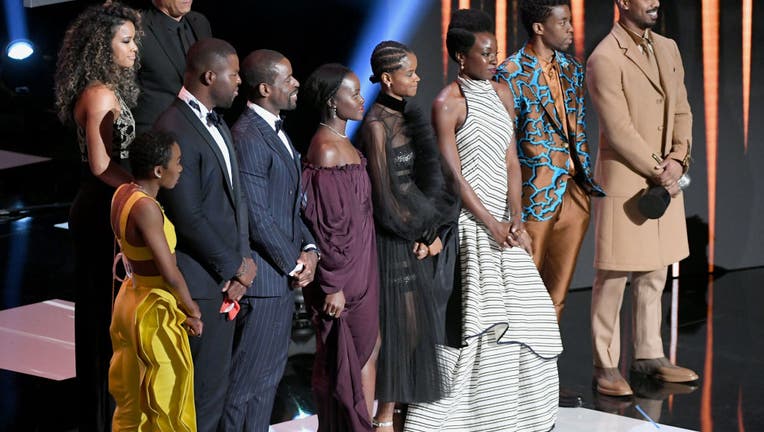 Production on the highly-anticipated sequel to "Black Panther" is set to begin in July 2021, according to a new report.

The Marvel superhero film was originally slated to begin shooting in March 2021 but the tragic death of the franchise's lead actor, Chadwick Boseman, delayed plans as the cast and crew grappled with grief.

Per The Hollywood Reporter, citing multiple sources, "Black Panther 2" will shoot in Atlanta for up to six months with Ryan Coogler back as director.

Letitia Wright, Lupita Nyong’o, Winston Duke and Angela Bassett are reportedly all set to reprise their roles and Netflix's "Narcos" star Tenoch Huerta is reportedly in talks to play a new antagonist.

THR said that Marvel had no comment on the story but did indicate that it will not use CGI to include Boseman in the movie.

“No. There’s only one Chadwick, and he’s no longer with us. Sadly, our king has died in real life, not only in fiction, and we’re taking a little time to see how we continue the story and how to honor this chapter of what has unexpectedly happened to us, so painful and terrible to be honest,” she explained.

“Chadwick wasn’t only a wonderful human being, every day of the five years we spent together, but also, I believe, that what he did as a character elevated us as a company, and has left his moment on history," Alonso added.

Boseman died in August at age 43 after a battle with colon cancer. He didn't disclose his illness to the public and only a handful of people close to him knew.

"Black Panther" was released in 2018 and the action/thriller was an enormous box office success. The film grossed over $1.3 billion at the global box office and was the highest-grossing film ever made by a Black director.