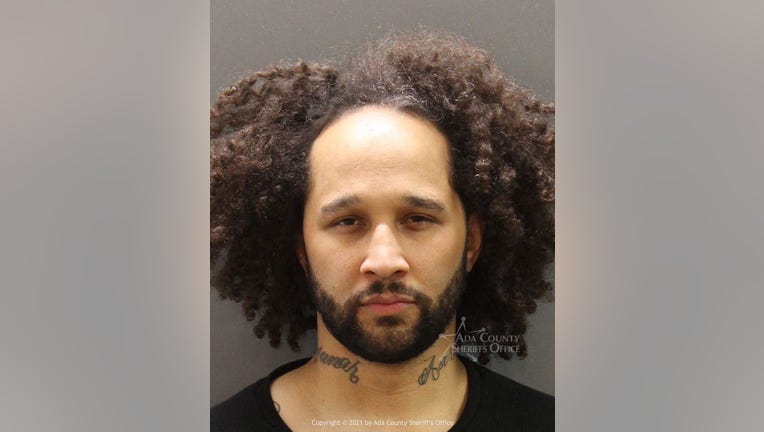 A Black Lives Matter activist has been arrested for allegedly participating in the defacement of a statue of former President Lincoln in Idaho during Black History Month.

On Tuesday, the city of Boise said it had charged 37-year-old Terry Wilson with Injuring Monuments, Ornaments, and Public Improvements. Police initially responded on Feb. 1 to a report of vandalism at the bronze statue of Seated Lincoln in Julia Davis Park, which saw paint, feces and signs that were cleaned by parks and recreation crews. The statue was also reportedly wrapped in a "Black Lives Matter" flag.

An Instagram account bearing the name of one of the co-organizers, Peaceful Roots of Change, posted a photo of the defaced statue and criticized Lincoln for his role in permitting the execution of 38 Native Americans in 1862.

The city reported no damage was done to the statue but the defacement provoked criticism from Mayor Lauren McLean, who emphasized that vandalism was a crime. "Vandalism is a crime, never appropriate, and those committing these crimes will be held accountable," McLeaan said at the time.

Boise police said additional arrests are expected and they were able to identify suspects using physical and electronic evidence.

Police said Wilson ran when they approached him on Tuesday but they were able to stop him and take him into custody.

"Wilson was found to be in possession of a firearm, marijuana and drug paraphernalia," a release read. He's reportedly claiming to have carried a cannabis vape pen for treating cancer in remission. According to the Idaho State Journal (ISJ), Wilson is said to be a medical marijuana user, although Idaho currently doesn't have a legal exception for that type of use.

"Wilson was taken to the hospital and was medically cleared before being booked into the Ada County Jail on the listed charges," the police's notice read.

The 37-year-old is being represented by the National Lawyer’s Guild and maintaining his innocence.

"I was with my kids and my family, and they are now seeking mental health support because of what happened," he reportedly said. "I am innocent and I plan to contest these charges," he said in reference to vandalism and resisting arrest.

Wilson has been described by The Idaho Statesman as a Boise Black Lives Matter spokesman who has a history of activism. The ISJ reported Wilson is a former adjunct professor for Boise State University and was personally acquainted with one of his arresting officers, who was also a student in the college's criminal justice program.

In a statement to Fox News, Mike Sharp, Boise State director of media relations, said, "Mr. Wilson is no longer an employee of nor is he enrolled in classes at Boise State."

An Instagram account appearing to belong to Wilson also includes a link to the Boise chapter of the organization, which helped organize the original demonstration.

One of the account's posts attacks both former President Trump and President Biden.

"Like the fascist @realdonaldtrump, the neoliberal @joebiden wants to increase police funding despite decades of research to support the position that police do not prevent crime," the post reads.

"In-fact policing perpetuates crime & criminality with the support of the courts and corrections.As a student & faculty, I take matters on campus very seriously, not only for the safety of our students, but staff and faculty." It shows a man holding a flag that reads: "Black Lives Matter Boise."

Idaho Press previously reported that Samantha Hager of Peaceful Roots of Change said the event had been planned for about a month. Black Lives Matter Boise did not immediately respond to Fox News' request for comment.

Hager also denied the vandals were responsible for the feces found in the vicinity. "No one did that," Hager reportedly said. "… When we saw pictures of the feces they’re claiming we put there, it’s dog poop. It’s on a walking trail; people bring their dogs there all the time."