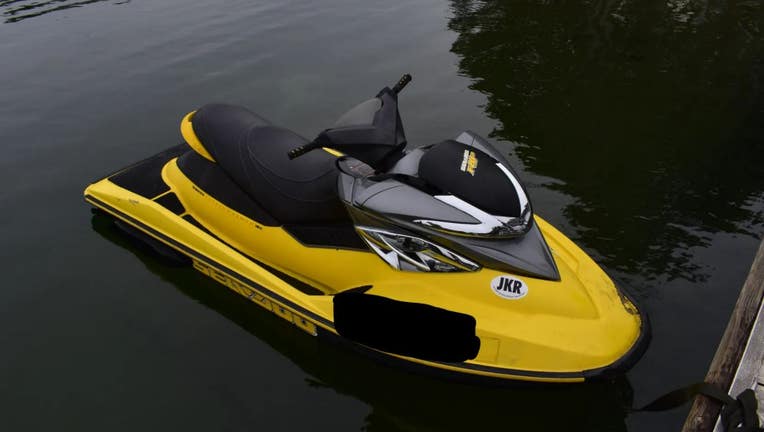 The yellow jet ski that Drew Morgan and Hannah Ayers fell off of, nearly drowning before a Good Samaritan rescued them. (Oconee County Sheriff's Office)

The boater who rescued a jet skier from drowning in a South Carolina lake and then fatally shot him had no choice after the man went berserk, the victim's friend told investigators.

"Nothing worked," Hannah Ayers, 19, said of trying to calm down Drew Morgan, 29 on the afternoon of March 15 in Lake Keowee, according to an incident report obtained by Fox News Digital.

"John just had to shoot him," she said of stranger John Dotson Jr. 74, who she credited with saving her life after she and Morgan fell off a jet ski near Fall Creek.

The Oconee County Sheriff's Office previously announced that Dotson would not be charged in Morgan's death. 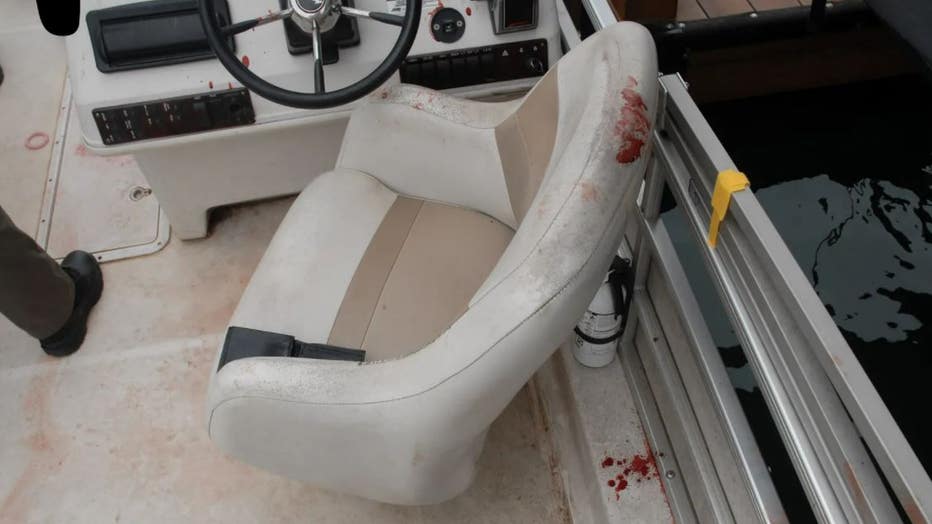 Boater John Dotson rescued Drew Morgan after he had falenl off a jet ski then fatally shot him in self-defense. (Oconee County Sheriff's Office)

Ayers told the Daily Mail that Morgan became belligerent and violent after the Good Samaritan, who was fishing with his wife Debra Dotson, 70, spotted the pair struggling in the water and pulled the two onto their pontoon.

"Drew was my friend and I will mourn him as my friend," she said. "But I will never understand the way he was acting that day – it's like a demon possessed his body."

She added, "In my eyes there was no question that John had to shoot to protect himself and his wife. He will be my hero for life because, if it wasn't for him, I would have drowned in the water that day."

Ayers told investigators that Morgan had invited her to go jet skiing and look at waterfalls that day. But when she met up with him, he was clearly drunk and "slurring his words," the incident report says. 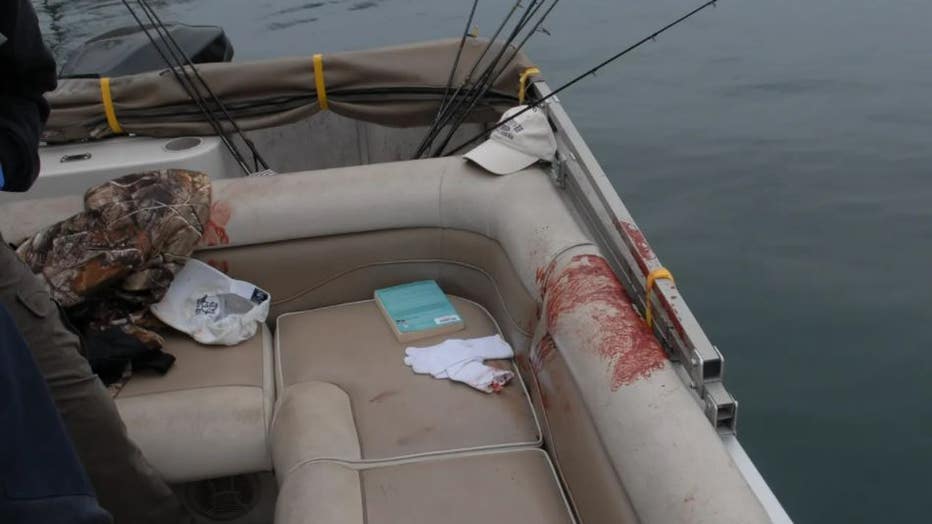 Drew Morgan was fatally shot after attacking the man who had rescued him. (Oconee County Sheriff's Office)

Morgan began speeding on the jet ski and took a sharp turn, ejecting them both into the water. Neither of them had on life vests, and Ayers said she was a poor swimmer and could barely stay above water as the yellow jet ski circled nearby.

The Dotsons spotted the pair in distress and rescued them – but Morgan became agitated, cussed out the couple, then shoved the elderly wife all while demanding they take him back to his jet ski.

There was snot and foam streaming from his nose and mouth, the Good Samaritan-turned-shooter told investigators.

A wild melee ensued and Morgan choked John and Debra Dotson, as he tried to take control of the boat, breaking the kill switch and making the vessel inoperable, the report says.

"All Drew cared about was getting his jet ski back," Ayers told authorities. Ayers started hitting Morgan to get him to stop assaulting the couple and finally shoved him off the boat. 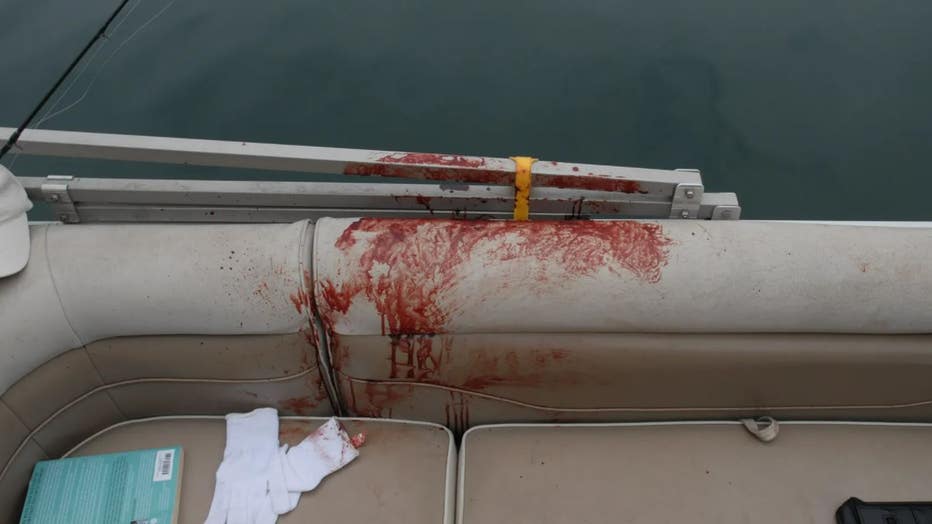 Drew Morgan was fatally shot after attacking the man who had rescued him. (Oconee County Sheriff's Office)

But the Dotsons pulled the combative young man back onto their pontoon, and the conflict rapidly escalated.

John Dotson said he fired a warning shot and repeatedly pistol whipped Morgan, who had grabbed hold of his arm. But the crazed man wouldn't back down, and Dotson finally blasted him in the chest.

Debra Dotson immediately began performing CPR – but Morgan no longer had a pulse when deputies arrived. 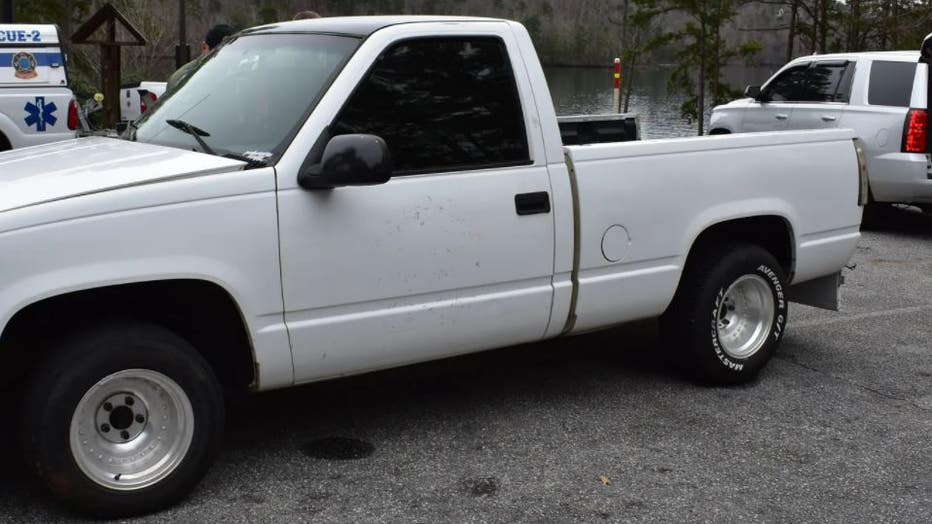 After a 48-hour investigation, officials told the slain man's family that the shooter would not be charged. The sheriff's office also met with the 10th circuit solicitor's office who agreed with the decision after reviewing 911 calls, witness statements and videos, the incident report says.

Officials executed a search warrant on Morgan's white GMC pickup truck and recovered empty cans of Michelob Ultra in the front cab, marijuana and drug paraphernalia – including a bong, pipes and a blunt.

Investigators are awaiting the results of a toxicology report.

Morgan is survived by a 10-year-old son.