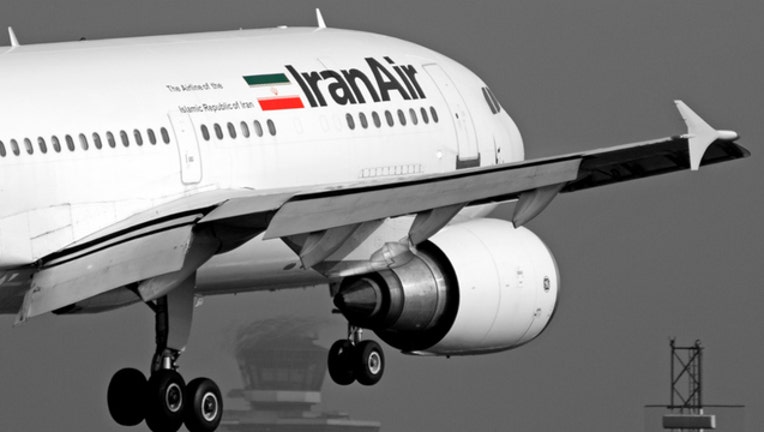 DUBAI, United Arab Emirates (AP) - Boeing Co. said Tuesday it signed an agreement with Iran Air "expressing the airline's intent" to buy its aircraft, setting up the biggest business deal between the Islamic Republic and America since the 1979 U.S. Embassy takeover in Tehran — if it goes through.

Already, one Iranian official has said the deal could involve 100 aircraft while another has suggested Iranian airlines may purchase airplanes worth $25 billion from Chicago-based Boeing, welcome news to workers on its massive assembly plants around Seattle.

However, the long-standing enmity between the U.S. and Iran, as well as other sanctions and even presidential politics still could complicate any agreement — even after last year's nuclear deal. And even if the agreement is finalized, aircraft orders are often announced at list prices, meaning the actual price tag would likely be lower as airlines typically get steep discounts.

Boeing issued a statement to The Associated Press saying that it signed the Iran Air agreement "under authorizations from the U.S. government following a determination that Iran had met its obligations under the nuclear accord reached last summer."

State Department spokesman John Kirby said, "The State Department welcomes Boeing's announcement of this deal with Iran Air, which involves the type of permissible business activity envisioned in the Joint Comprehensive Plan of Action. Boeing has been in close contact with the State Department regarding this deal. We committed, as you know, to license sales of civil passenger aircraft and will continue to implement this in all of our JCPOA commitments."

He added that, "The JCPOA provides an opening for civil aviation companies, including American companies, to pursue legitimate commerce with Iran, and we note reports of progress in the aviation sector, which is good both — for both the economy and for public safety."

Asked to comment on Boeing's assertion that the company had signed the Iran Air agreement under authorizations from the U.S. government, a Treasury Department representative said, "We do not comment about engagement with specific private entities. This is a policy across all of our sanctions programs. It is not specific to our Iran sanctions program."

Iran Air, the country's national carrier, said Monday it wanted to buy new Boeing 737s and 777s. The 737s are single aisle jets, typically used for flights of up to five hours. The 777 is a larger plane that can carry passengers for 12 hours or more.

Earlier Tuesday, Iran's Transportation Minister Abbas Akhoundi said possible deals between the Islamic Republic and Boeing could be worth as much as $25 billion, on par with the country's earlier agreement with its European rival, Airbus. That deal was for 118 new planes. Iran also has ordered 20 airplanes from French-Italian aircraft manufacturer ATR.

"The initial talks were held and I can say Boeing is negotiating with the U.S. officials and possibly the amount of our purchase is equal to Airbus," Akhoundi said.

The overall size of the proposed Boeing sale to Iran, however, remains unclear. Ali Abedzadeh, the head of Iran's Civil Aviation Organization, was quoted Sunday by the state-run IRAN newspaper as saying the sale would involve 100 Boeing aircraft, something the manufacturer has declined to discuss.

If the deal goes through, he said the first Boeing plane could arrive in Iran in October.

Some analysts were skeptical that Iran will ever take delivery of so many jets.

"A $25 billion deal delivered by unicorns — flying unicorns," said Richard Aboulafia, an analyst with the Teal Group Corp. "Some planes may or may not be delivered but everyone has a huge interest in inflating the likelihood of this happening. Airbus and Boeing are desperate for a growth story and the Iranians love commercial opportunities for political leverage."

Aboulafia said the market faces too much competition from Etihad, Emirates and Qatar — the rapidly-growing airlines directly across the Persian Gulf from Iran.

Iran Air, whose website lists 43 airplanes in its fleet, has direct flights to 35 international destinations, including London. The European Union eased its restrictions on Iran Air last week.

In the past 12 months, global airlines have scheduled 150,000 flights to and from Iran, with 22.7 million available seats, according to schedule tracking service Diio Mi. It is unclear how many of those seats were actually filled. By comparison, during that same period, there were 250,000 flights to and from Poland, a country with a similar GDP but roughly half the size of the population, with 34 million available seats. The world's largest aviation market, the United States, had nearly 10 million scheduled flights.

Iranian airlines have some 60 Boeing airplanes in service, but most were purchased before the 1979 Islamic Revolution that ousted Shah Mohammad Reza Pahlavi and brought Islamists to power.

Out of Iran's 250 commercial planes, 162 are flying while the rest are grounded due to lack of spare parts, Akhoundi said Tuesday. Parts and servicing remained nearly impossible to get while the world sanctioned Iran over its contested nuclear program.

Boeing has been cautious about entering Iran's market as other sanctions remain in place against Tehran. American officials had said as recently as last weekend that the sale would need clearance from the U.S. Treasury.

It's unclear what changed in the last few days. It is likely Boeing may run the sale through an overseas subsidiary and use a currency other than U.S. dollars in order to avoid running afoul of American laws.

Ben Moores, an aerospace analyst with IHS, said the deal likely would need to involve leasing aircraft as well because Iran desperately needed airplanes now. He also suggested Boeing may be willing to deeply discount some of its older model 737 aircraft — meaning the $25 billion figure might be based on retail prices.

At the end of May, Boeing had a total of 5,762 unfilled jet orders. While exact details were not available, this deal with Iran Air would add about 100 addition planes to that backlog assuming that figure is the list price.

However, many of those orders are for the latest generation of jets that aren't yet rolling off assembly lines. Boeing has been trying to get orders for its current models to help bridge the production gap to keep its plants open.

A spokesman for the union that represents Boeing engineers and other professionals in Washington state says they continue to see job cuts despite sales announcements like the deal with Iran Air.

Forty-seven members of SPEEA, the professional aerospace union, received layoff notices just last week, according to spokesman Bill Dugovich. He said the Iran Air deal is not likely to change that.

"They factor in all these things. These deals don't come out of the blue," Dugovich said.

Included in last year's nuclear deal, which limited Iran's uranium enrichment in exchange for sanctions to be lifted, is approval for airline manufacturers to enter the Iranian market. However, American lawmakers have warned Boeing not to do business there as the Iran deal remains a hot topic in the ongoing presidential election.

At issue as well is Iran and America's long-standing suspicion of each other as the two countries haven't had direct diplomatic relations since 1979. For Americans, it is the U.S. Embassy takeover during the Islamic Revolution and its blacklisting of Iran as a state sponsor of terrorism. For Iranians, it is the American- and British-backed 1953 coup that installed the shah, as well as the U.S. Navy's 1988 downing of an Iran Air commercial jet heading to Dubai.

"This is a very important and necessary task, but is it a priority?" Khamenei asked, according to a transcript on his official website. "Imagine that we buy 300 airplanes. It is not clear whether this is a priority or not. This should be studied."

Karimi reported from Tehran, Iran. Follow him on Twitter at www.twitter.com/ncarrimi . His work can be found at http://bigstory.ap.org/content/nasser-karimi .