Global affairs analyst Michael Bociurkiw from the Atlantic Council's Eurasia Center talks about the current state of affairs in Ukraine and what to expect as Russia continues advances on the nation's capitol.

Areas once considered safe in Ukraine are now being bombarded, as the Russian army has not let up.

Michael Bociurkiw serves as a global affairs analyst and has been in Ukraine the last two months documenting the intensification of Russian aggression during the invasion.

He left Kyiv for Lviv a few weeks ago.

Over 3 million refugees have already fled Ukraine with that number expected only to increase as the invasion becomes more violent.

"I think there is a growing fear that they’re going to start aiming [missiles] to this region increasingly, so you’re going to see more people head to the border … If this continues, we could see 10 million people, almost a quarter of the Ukrainian population, leave temporarily to other safe centers," Bociurkiw said. 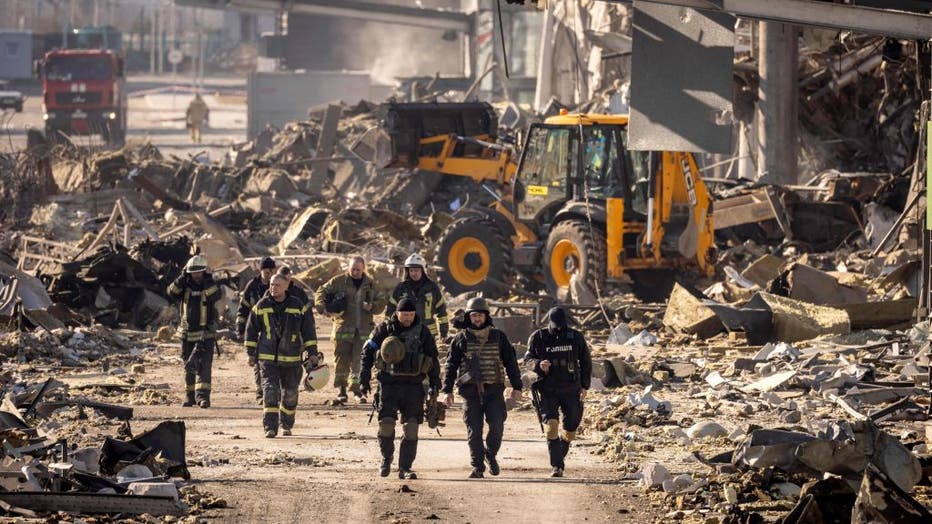 Ukrainian firefighters work amid the rubble of the Retroville shopping mall, a day after it was shelled by Russian forces in a residential district in the northwest of the Ukranian capital Kyiv on March 21, 2022. (Photo by FADEL SENNA / AFP) (Photo b

Bociurkiw, who is a senior fellow at the Atlantic Council's Eurasia Center, said it is common to hear air raid sirens throughout the day and night.

Bociurkiw said he supports stronger intervention from the U.S. before the situation spirals even more out of control.

"I think it’s better now for the West to intervene with a sort of no fly zone umbrella over Ukraine and prevent the slaughter of tens of thousands of innocent civilians than do it later on Mr. Putin’s terms after war crimes, after attempted genocide has been created," Bociurkiw said.