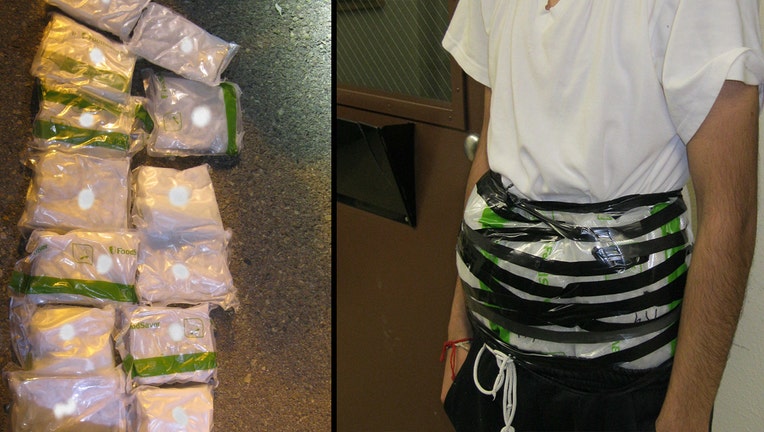 JAMUL, Calif. (AP) - A 14-year-old boy has been arrested at a California border checkpoint of Mexico with three bundles of crystal methamphetamine strapped to his body, authorities said.

The boy, two other teens and an adult driver were arrested after a car was stopped Monday night at the State Route 94 checkpoint in Jamul, east of San Diego, and a drug-sniffing dog gave an alert, according to a U.S. Customs and Border Patrol statement.

A secondary inspection of the four people in the car found the 14-year-old had 3.31 pounds of meth under his clothing, authorities said.

Another 50.71 pounds of meth were found in plastic-wrapped packages inside three backpacks in the car. The drugs had an estimated street value of $102,000, according to the Border Patrol.

The Border Patrol has warned that drug cartels appear to be increasingly hiring teenagers to smuggle drugs. Teens were arrested 71 times in 2018 for trying to smuggle methamphetamine, according to the agency.