MIAMI, Fla. - A 9-year-old boy is recovering after being bitten by a shark in South Florida.

Jay Weiskopf and his family are from Minnesota. His family decided to head to the beach while they waited for their Miami Beach hotel room.

It was actually Jay's first time at the beach, but his vacation would soon take a scary turn.

The boy's mother says they were only in the water for a few minutes in about 2½ feet of water when the shark attacked.

"A wave came and we kind of just body surfed, and when he stood up, he just said, ‘Ow,’ and there was just a chunk missing from his shoulder," Kristine Weiskopf  told WSVN-TV. 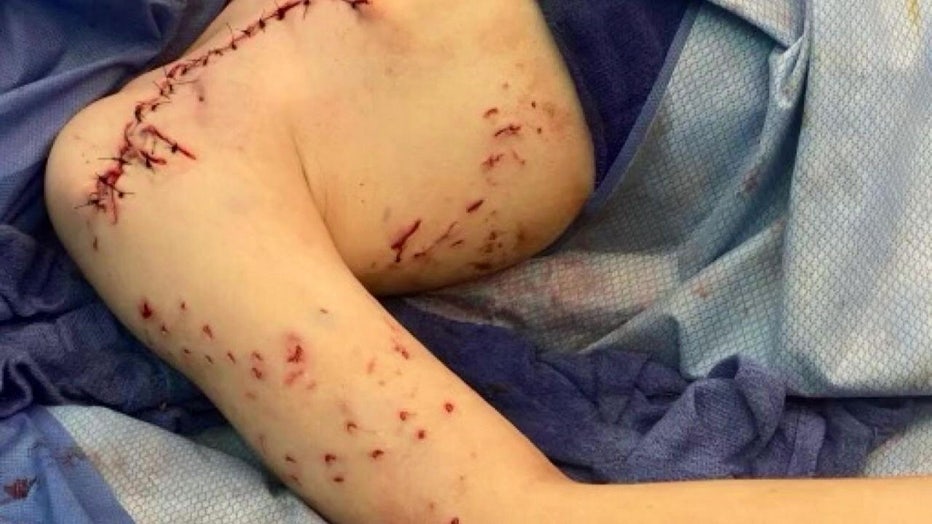 Jay had to get about 120 stitches. He was recovering in the intensive care unit but could be released Tuesday.

"He keeps saying, ‘No beach; the shark tried to eat me.' "So there’s a lot of trauma, and it’s going to take some time and some help to get through that," Kristine added.

Aerial footage captured several sharks in the waters off South Beach in Miami, on the same day that beaches reopened to the public after being closed due to the coronavirus pandemic.