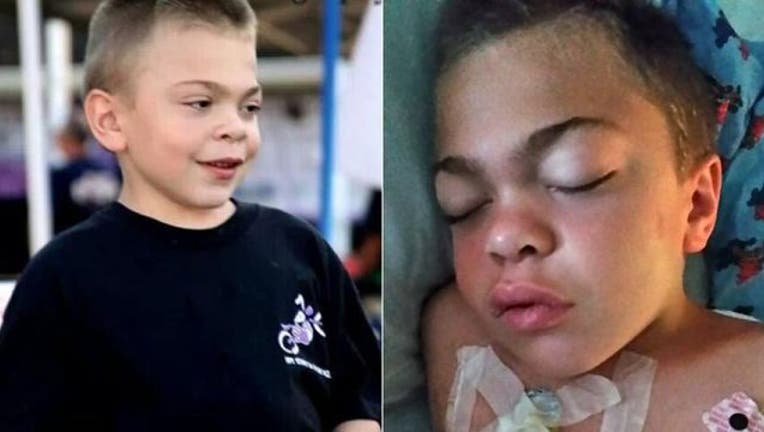 (FOX News) - A New Jersey boy who waited years to participate in a clinical trial to treat his life-threatening illness is facing yet another hurdle after contracting meningitis during surgery to implant the device needed to receive dosage.

“He is still in for the fight of his life, and he’s still in a lot of discomfort and pain,” Jeff Leider, Jason Leider’s father, told FoxNews.com. The Leider family was first featured on FoxNews.com in 2011 after Jason, who is now 8, and his younger brother Justin were diagnosed with Hunter syndrome, a rare, incurable genetic disease that causes progressive brain damage. Patients diagnosed with the syndrome typically don’t survive past their teens.

Jeff, along with his wife, Deena, sought to enroll their sons in a clinical trial to test a drug called idursulfase-IT. Jason’s first attempt was pushed back after the trial was put on hold. It would be three years, during which he would lose his cognitive skills as well as his ability to feed himself. The next attempt was successful for Justin, but the randomized selection of patients saw Jason placed in the placebo control group for another year.

Two weeks ago, Jason underwent surgery to implant the device that would deliver the drug into his hip. Doctors now believe that during that surgery he developed a staph infection, which later progressed to Group B strep meningitis. Jason began showing symptoms as he prepared to receive his first dosage at North Carolina Children’s Hospital.