Heavy snow caused a partial collapse of the Aragon Ballroom’s wall Tuesday, sending bricks tumbling into an alley and disrupting CTA service nearby.

The wall collapsed after two snow storms dumped nearly 18 inches of snow on Chicago. Snow on the domed roof pushed against a parapet wall, causing it to collapse, Langford said.

After the collapse, crews sprayed water on the roof to dislodge snow and loose bricks, Langford said.

"When you get a foot of heavy snow, you start to get roof failures," Langford said. "We haven’t had too many so far, but that’s what happens when 12, 14 inches of snow sit for a while on a roof that’s already old and may be compromised. That will bring it in." 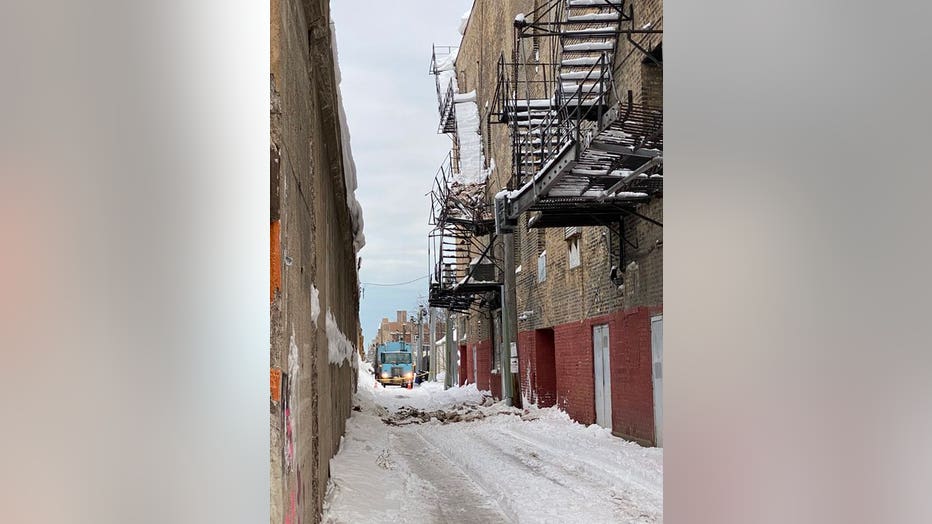 A wall of the Aragon Ballroom fell Feb. 2 in the Uptown neighborhood. | Ald. James Cappleman (46th)/Twitter

Chicago’s Department of Buildings missed its annual inspection of the Aragon in July because the venue was closed for the pandemic and an inspector was unable to gain entry, department spokeswoman Mimi Simon said.

The Aragon Ballroom, built in 1926, has a history of building code violations.

In 2013, the Aragon was sued by the city for letting its exterior walls fall into disrepair. A lawsuit claimed the exterior walls had holes, cracks and "eroding mortar" in several locations, DNA Info reported at the time. In 2012, the ballroom was fined $7,500 for failing to get a permit to work on its sign.

A suburban man fell to his death from a catwalk in 2015, but the city’s building department found it was unrelated to any building code violations, the Chicago Tribune reported.

CTA service was limited to a single track while crews worked in the area.