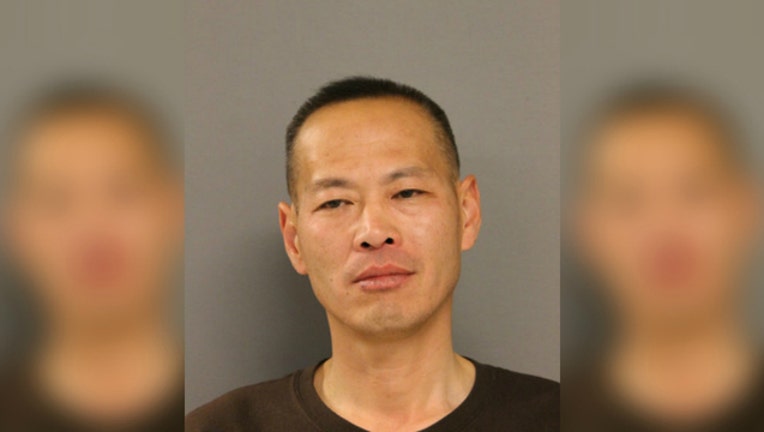 CHICAGO (SUN TIMES MEDIA WIRE) - A 47-year-old Bridgeport man with a history of pretending to be a cop was charged with a felony count of impersonating a police officer and ordered held without bond Monday.

Hong Chu, of the 3100 block of South Throop, approached a man in his car at 6:45 p.m. Sunday in the 3400 block of South Bell Avenue in the McKinley Park neighborhood on the Southwest Side and told the man he was a police officer, police said.

Chu pulled his vehicle behind the driver as he was about to park and approached the man while wearing a T-shirt with police insignia and a set of handcuffs in a case on his belt, police said. Chu asked the man “Do you know who I am?” and told him “I’m a cop” before leaving, police said.

Police located him in the 3300 block of South Oakley Avenue and he was arrested.

Chu has two prior convictions for impersonating a police officer and was on probation at the time of his arrest, police said.

He was ordered held without bond Monday and is next scheduled to appear in court Tuesday, according to the Cook County sheriff’s office.