A judge has granted Britney Spears the right to choose her own lawyer in the conservatorship case.

LOS ANGELES - Britney Spears' conservatorship saga continued with yet another hearing on Wednesday.

At the hearing, a judge ruled that Spears would be allowed to hire her own attorney for the case after asking the court for permission to do so.

"I’m here to get rid of my dad and charge him with conservatorship abuse," Spears said in court of her father Jamie Spears. The singer went on to say she wants Jamie investigated and that "this conservatorship has allowed my dad to ruin my life." 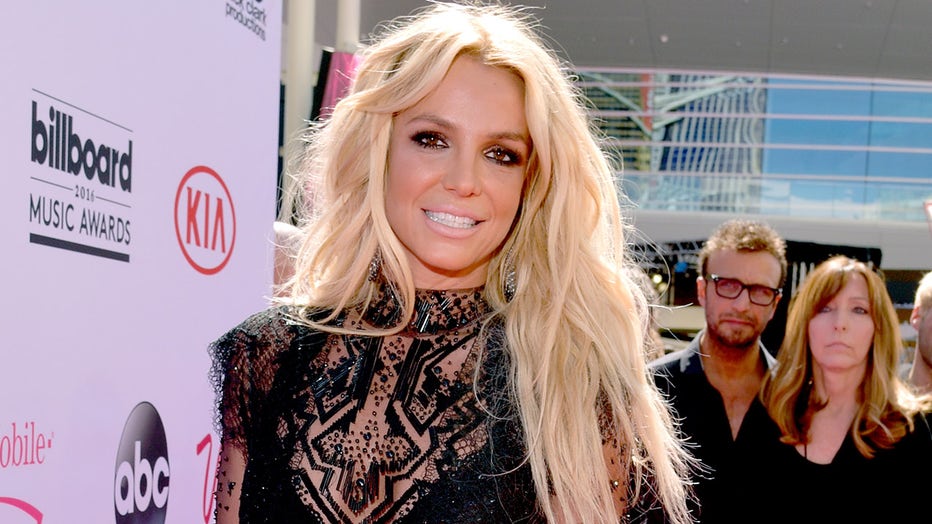 She added that she is "representing myself and I want to press charges against my dad" and is feeling "angry."

The star broke down in tears as she pled for her father to be removed as her conservator, and also spoke about the abandonment issues that she faces after growing up "extremely scared of my dad and worried he was going to show up drunk somewhere."

The video footage echoes complaints Spears made about her performance obligations under the court-appointed conservatorship of her father, Jamie Spears.

The ruling comes three weeks after Spears' explosive testimony in which she deemed the conservatorship "abusive" and railed against her father Jamie for exerting control over and taking money from her.

In Wednesday's hearing, Spears doubled down on a list of things she's been barred from doing including taking vitamins and driving, saying, "that's not abuse, that's f--king cruelty."

Jamie's attorney fired back, however, and said that many of Spears' "characterizations and memories are just incorrect" and there were "a lot of misstatements because of lack of recollection, information and understanding" when she spoke on Wednesday and last time on June 23.

The case has been in a whirlwind since the initial testimony in June, most notably with Spears' court-appointed attorney Sam Ingham resigning after she asked for permission to hire her own counsel.

Fans and media gathered outside the courthouse in Los Angeles, ahead of pop star Britney Spears' hearing regarding her ongoing conservatorship.

Additionally, Bessemer Trust's request to be removed as a co-conservator was granted by the court. In court documents previously obtained by Fox News that were filed after Spears spoke out, Bessemer cited "changed circumstances" as the reasoning for their removal request.

Reps for Spears and her father Jamie did not immediately respond to Fox News' request for comment.

RELATED: Britney Spears tells audience she has 102-degree fever during concert in 2018

The ruling will certainly appease Spears' mother, who previously requested the court allow her daughter to hire her "own private" lawyer.

The tension between Jamie and Spears' personal conservator, Jodi Montgomery, has also bubbled up, with the two trading jabs and accusations over Spears' conservatorship.

Meanwhile, Spears is reportedly feeling "confident and strong" about the future of her conservatorship and appears to be looking to move on with her life. She's said to be awaiting a marriage proposal from boyfriend Sam Asghari as rumors she's retiring from the music industry swirl.

Several high-profile figures including Elon Musk, Madonna and Paris Hilton have recently expressed support for Spears, while her sister Jamie Lynn has openly declared that despite not using the #FreeBritney hashtag, she supports her sister.

You can find the latest on this story on FOXNews.com.