Zoo officials said all of the habitats are intact and, most importantly, the animals were safe during Monday’s storm.

Brookfield Zoo crews started cleaning and cutting up downed tree limbs around 5 a.m. Large trees fell in various parts of the zoo’s 235 acres of forest and public walkways, crashing down on animatronic displays.

In the African Lion enclosure, a large tree snapped off and fell across a fence, creating a potential pathway for an agile lion. Fortunately, no big cats escaped.

Zookeepers said the animals know what to do when nature acts stormy but they had staff watching out just to make sure the animals were safe. 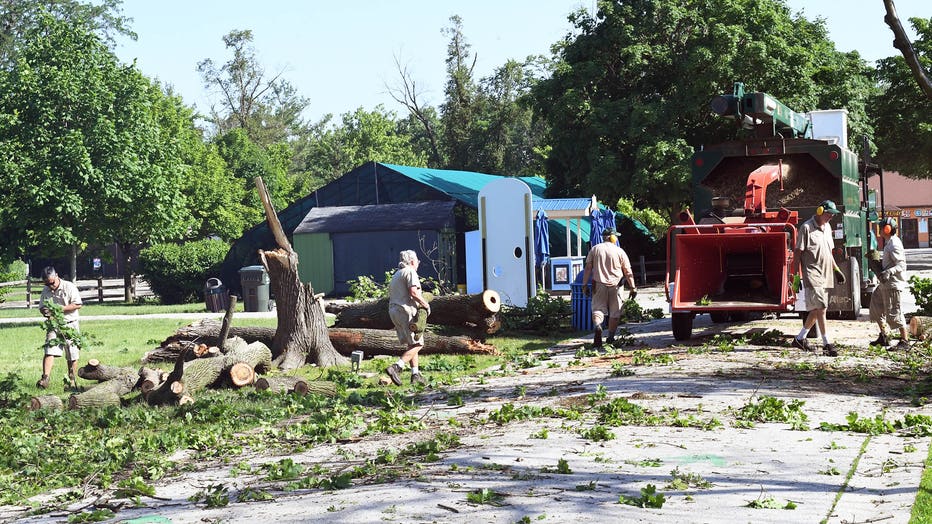 A 100-year old oak tree sliced through a house on Lawton Road. The homeowner told FOX 32 News, he was in the front corner of the house watching television and heard the severe weather warning.

He went to the back corner just in time. The tree fell right where he was sitting but missed him in the corner where he took refuge.

Many of Riverside’s tall trees fell into streets. The fire department helped residents cut down and remove debris Tuesday.

Service for over 40,000 ComEd customers across Chicago area impacted by severe weather

Michael Fountain from ComEd talks about the disruptions in service after severe storms wreaked havoc Monday night across Chicago.