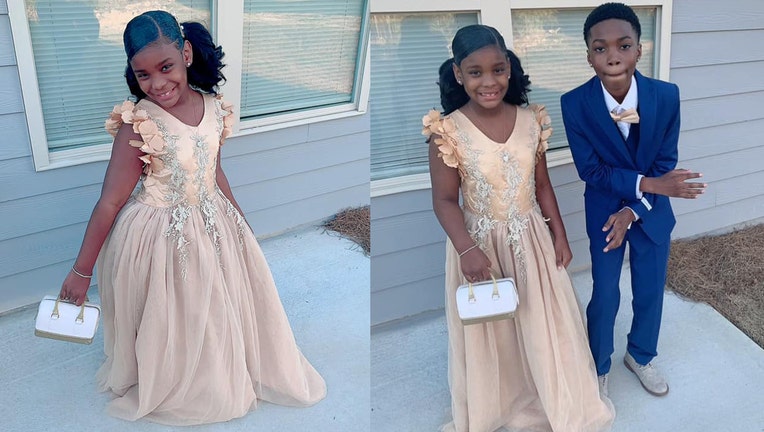 Christian, 11, took his little sister Skylar, 7, to her father-daughter school dance after her dad stood her up.

ATLANTA, Ga. (FOX 5 DC) - A big brother, with an even bigger heart, stepped in to take his little sister to a dad-daughter dance after her father failed to show.

In a viral Facebook post by the sibling's mother, Trelysia Hamerter illustrates how heartbroken 7-year-old Skylar was upon learning her father was not coming to the dance-- for a second year in a row.

“She cried because she had her heart set on going.” Trelysia wrote, “I felt so bad because there was nothing I could do because I’m not a male.”

That’s when her big brother Christian, 11, made the ultimate gesture and offered to take her.

“He wanted his sister to know that she deserves a man keeping his word and making her feel special,” Trelysia wrote.

Wearing a beautiful gold dress accessorized with a matching mini pursue, little Skylar made her way to the dance with her big bro who donned a blue suit and gold bow tie.

In closing remarks Trelysia said, “Just know that I’m raising someone a GREAT HUSBAND one day.”