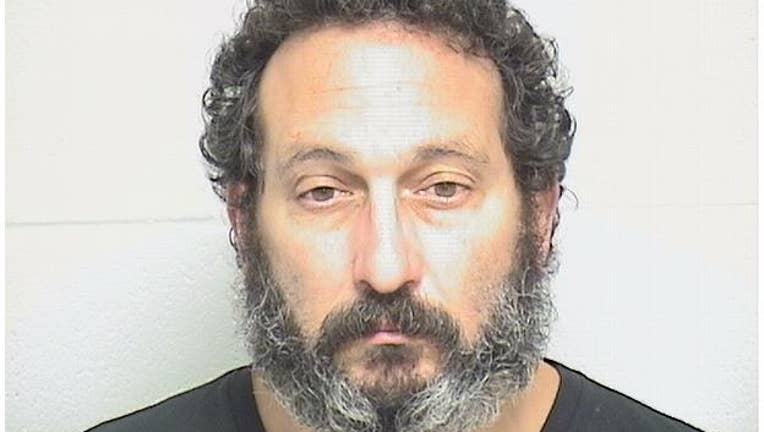 BUFFALO GROVE - A Buffalo Grove man was arrested after police say he forced his way into a skilled clinical rehabilitation center in Long Grove, and removed a patient in the hospice section Thursday night.

According to police, David Rahimzadeh, 54, is facing charges that include battery to a nurse, aggravated unlawful use of a weapon, violation of the concealed carry act and three counts of aggravated assault.

Around 7 p.m. Thursday, police say Rahimzadeh, of the 100 block of Navajo Trail, arrived at the center. The 54-year-old told staff of the center, located at 1600 block of Checker Road, he had come to take the patient home.

A family member of the patient holds ‘power of attorney’ status, due to his serious medical condition, according to police. Rahimzadeh is not a family member.

Police said staff informed Rahimzadeh that the man was not medically cleared to leave hospice, and further, he could not leave without the authorization from the man’s power of attorney, due to his conditions.  Rahimzadeh proceeded to identify himself as a detective, pulled open his jacket, which revealed a badge and firearm on his waist.

Staff facility immediately called 911 after Rahimzadeh refused to provide his name or police agency. After refusing to listen to staff, police said Rahimzadeh went to the man's room and escorted him out of the facility. The patient had a difficult time moving.

When a nurse attempted to block Rahimzadeh from removing the man, police said Rahimzadeh elbowed her in the chest, and with the patient, he managed to make it to a car and flee.

Staff were able to obtain Rahimzadeh’s license plate, which registered out of Buffalo Grove.

Buffalo Grove police reported to the address listed to the license plate, and located Rahimzadeh. Officers then took Rahimzadeh into custody, and the firearm he possessed was recovered, police said. The man taken from the facility was located and was safe.

Police later discovered Rahimzadeh is a friend of the patient. According to police, the man called Rahimzadeh, indicating he wanted to leave the facility, so Rahimzadeh drove to the facility and forcefully removed the man, without authorization.