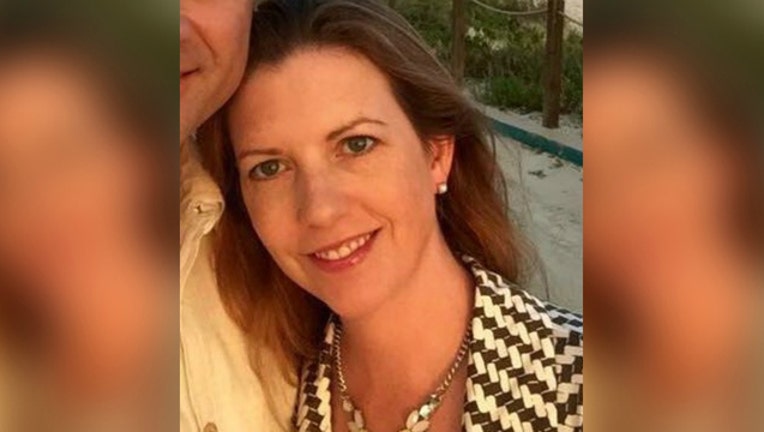 DANE COUNTY, Wis. (Sun-Times Media Wire) - A north suburban woman critically injured by a murder suspect in a random shooting Sunday afternoon on I-90/94 in Wisconsin has died, according to police.

Tracy Czaczkowski, 44, of Buffalo Grove was in a BMW with her family on I-90/94 near mile marker 95 about 2:55 p.m. Sunday when a 20-year-old Wisconsin man fired shots from a 1998 Chevrolet Blazer, according to the Sauk County sheriff’s office.

Czaczkowski was shot in the neck and was taken to the University of Wisconsin Hospital, according to a statement from the sheriff’s office, who confirmed on Tuesday that she has died.

Earlier Sunday, the 20-year-old suspect fatally shot a 42-year-old man in an apartment building in the 2300 block of South 92nd Street in West Allis, Wisconsin, according to the sheriff’s office.

He fled the scene in his Blazer with his two brothers, ages 30 and 34, and headed for Wisconsin Dells, according to the sheriff’s office.

Czaczkowski’s husband was driving, and as he passed the Blazer, the driver rolled down his window and fired three rounds into the vehicle.  The Blazer then continued eastbound with a witness following, according to the sheriff’s office.

Authorities don’t know why he fired at the BMW, which had the cpouple in the front seats and their two minor children in back, all of whom were returning home from a vacation in Wisconsin Dells, the sheriff’s office said.

Another vehicle, a Nissan, was struck by at least one round, but the female driver from Florida was not injured.

“The first round entered the rear passenger side door of the vehicle and lodged inside the door. The second round entered the front passenger window and struck the victim in the neck. As the driver was slowing down to pull over, a third round was fired into the hood of his vehicle,” the statement from police said.

He then pulled over tried to help his wife until an ambulance arrived. The man and children were not injured, according to the sheriff’s office.

She was taken to St. Clare Hospital in Baraboo, and then flown to the University of Wisconsin Hospital in Madison by helicopter, the sheriff’s office said.

As the Blazer crossed into Dane County, a sheriff’s deputy deployed road spikes, disabling the vehicle, according to the sheriff’s office.

The suspect got out of the vehicle and began to walk toward the officers with a revolver. As the man continued to advance toward police, officers told him to stop, and two Columbia County deputies shot him, police said.

The shooter was also taken to University of Wisconsin Hospital, where he remains in custody, according to police.

The 20-year-old West Allis, Wisconsin, man had not been charged as of late Tuesday afternoon, but a spokesman for the Dane County sheriff’s office said, “Multiple counties–including Milwaukee, Columbia, Sauk, and Dane–are continuing to investigate collaboratively to determine what charges will be referred to the respective district attorneys.”

His brothers were also taken into custody after a second gun was recovered from the Blazer. On Tuesday,  Jeremy A. Hays, 30, was charged with being a felon in possession of a firearm, according to Dane County police. The other brother, 34, suffers from a cognitive disability and had not been charged.

Czaczkowski’s children attend St. Mary School in Buffalo Grove, according to a statement from the Archdiocese of Chicago.

“Please know that the St. Mary Parish and School communities are praying for Tracy Czaczkowksi and her family, and that the family has requested privacy at this time,” according to the statement.

Friends and family members have started a GoFundMe page to help offset funeral expenses and aid the family.