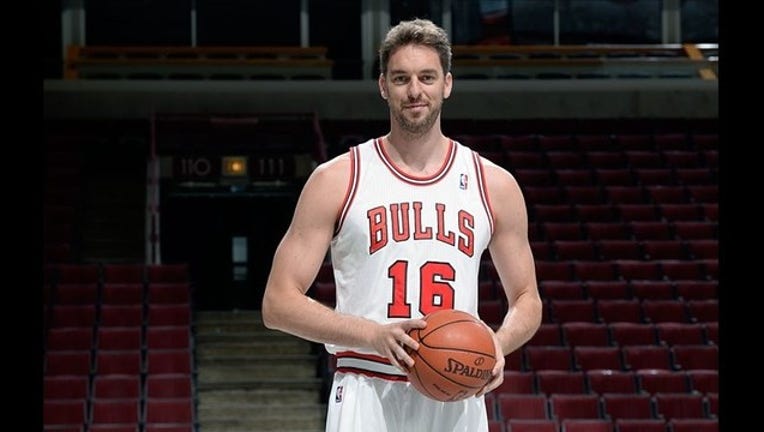 Chicago Bulls forward Pau Gasol will miss Game 4 of the Eastern Conference semifinals because of a strained left hamstring.

Coach Tom Thibodeau said Sunday the five-time All-Star was still sore and remains day to day. He said he is not sure if Gasol will be ready for Game 5 on Tuesday at Cleveland.

Gasol left Friday's game and an MRI showed no major structural damage. Taj Gibson was in the lineup Sunday in his place.

A two-time champion with the Los Angeles Lakers, Gasol averaged 18.5 points and 11.8 rebounds after signing with Chicago last summer. At 34, he led the NBA with a career-high 54 double-doubles.

It's the latest in a long list of injuries this season for the Bulls, who lead the series 2-1 after Derrick Rose banked in a 3-pointer at the buzzer for a 99-96 victory Friday.