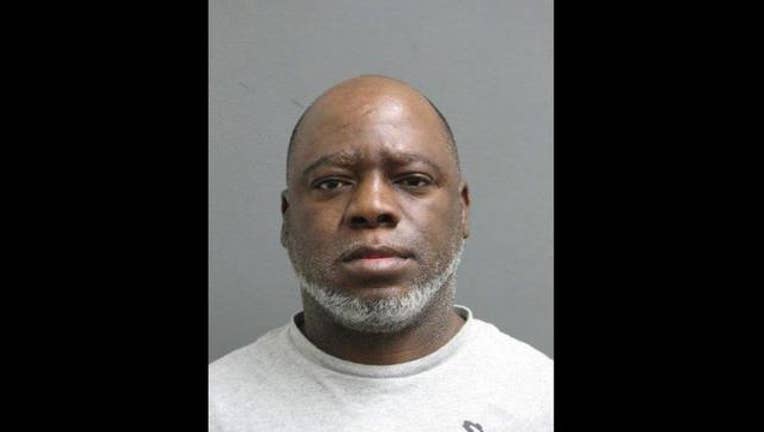 RIVERSIDE (Sun-Times Media Wire) - A man who received a $10 million settlement from the City of Chicago after being tortured by Jon Burge’s crew into confessing to a double murder he didn’t commit and spending 25 years in prison was arrested on battery charges Sunday in west suburban Riverside.

Eric A. Caine, 50, faces two felony counts of aggravated battery after the incident Sunday night at his home in the 400 block of North Delaplaine Road, according to Riverside police.

A few minutes before 11 p.m., officers responded to a disturbance at the home and found two men standing outside and bleeding heavily, police said. Both were taken to MacNeal Hospital in Berwyn. A 42-year-old man suffered a fractured clavicle and facial bruises, and a 49-year-old suffered a right orbital fracture and multiple other bone fractures in his face.

Earlier in the night, Caine and the two men returned to Riverside from a Chicago restaurant and began arguing, police said. The argument escalated into a beating. Police said alcohol “played a major role in this incident.”

Caine, already on probation for felony traffic cases in River Forest and North Riverside, initially refused to talk to the officers at the scene, police said. He was ordered held without bond in court Tuesday.

Caine spent 25 years in prison for the 1986 murders of Vincent and Rafaela Sanchez after another defendant, Aaron Patterson, was tortured by former Chicago Police Cmdr. Burge, confessed to the crime and implicated Caine, the Sun-Times previously reported. Caine was threatened with similar physical abuse if he did not confess.

In 2013, the City Council awarded Caine $10 million, one of the largest settlements for any of Burge’s alleged torture victims.

Caine’s criminal history includes 15 prior arrests, and convictions including theft, robbery, obstruction of police and assault, according to Riverside police.