Somehow in a week’s time, Gray C. ended up 228 miles away from where she was dropped off, back at her home in Burnet.

BURNET, Texas - A Burnet couple decided to rehome their cat at a ranch in the Dallas area, but a week after dropping her off, the cat managed to show back up at their home 228 miles away.

Vikki and Eugene Braun say they decided to take their cats, Gray C. and Sissy, at a ranch in Terrell to make the pets feel more at home.

"We thought because they weren’t ‘pet’ cats, they wanted to live outside, we thought, well, maybe they'd rather live in the barn," said Eugene. 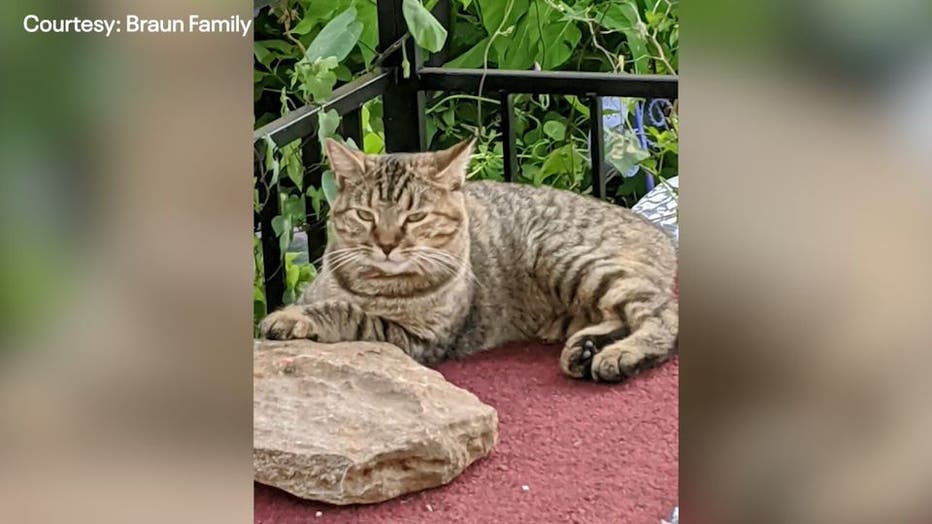 A month ago, the Braun family says they loaded up Gray C. and Sissy and took them to Terrell. Only a day after dropping them off, Vikki got a call from her friend who owns the ranch saying the cats vanished.

"She thought they had gone back to the barn," said Vikki.

One week later, Vikki and Eugene found out where one of their cats went. They found Gray C. in their home, eating.

RELATED: Dog's legacy lives on in special ring made by Austin-based company

"I thought one of the neighbor's cats had got in through the doggie door and that's never happened, but I picked it up and I was like, this is Gray C.! He was sleeping and I’m like, Gene, Gray C.’s home!" said Vikki.

Somehow in a week’s time, Gray C. ended up 228 miles away from where she was dropped off, back at her home in Burnet. "That's a lot of miles per day, you know, but I'm sure she probably didn't stop. She just kept on going," said Eugene.

Eterneva is an Austin-based business that celebrates people and pets when they pass away by making their ashes into real diamonds.

The Brauns say Gray C.’s only injury was a broken leg.

To this day, they say they don't know how she did it, but they’re happy to have her home. The Brauns said they don’t know what happened to the other cat.