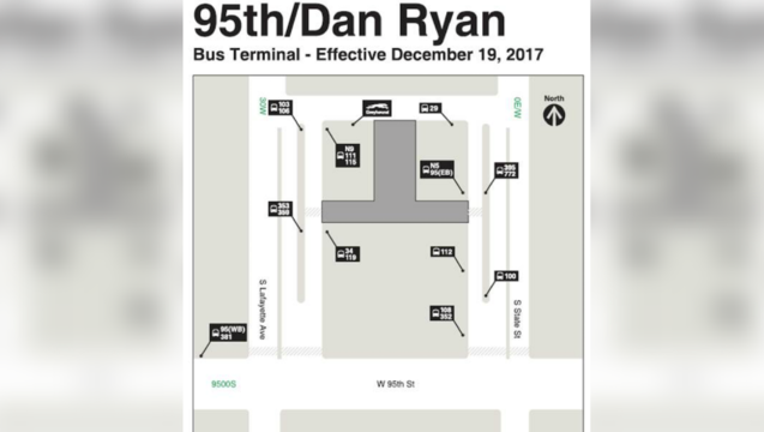 The west bus boarding area at the terminal, closest to Lafayette Avenue, will reopen at 10 p.m. Tuesday, according to a statement from the CTA. It was closed about four weeks ago to accommodate construction as part of the $280 million 95th Street Terminal Improvement project.

Nearly all CTA and Pace bus routes will resume service at their normal boarding locations once the west terminal reopens, the transit agency said. Ongoing sidewalk reconstruction will require the westbound No. 95 bus and the Pace No. 381 bus to board at 95th and Lafayette, in front of the McDonald’s, until further notice.

The overall terminal project is expected to be finished in 2018, according to the CTA.