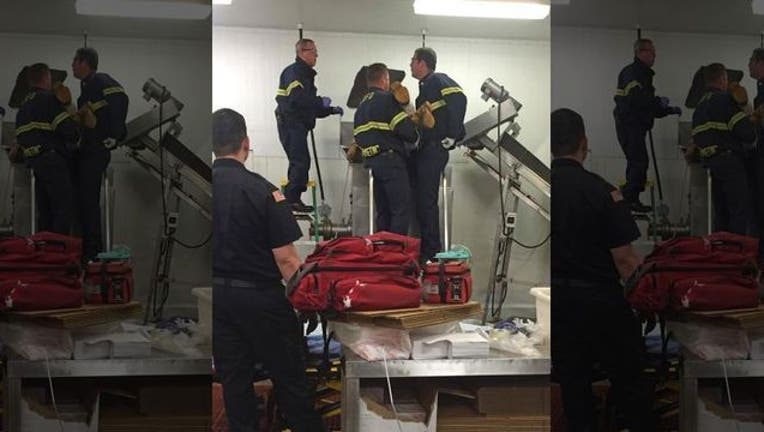 SAN LUIS OBISPO, Calif. –  Fire officials say an employee at a wholesale California grocer is lucky to be alive after his shirt sleeve got caught in a running meat grinder.

The man was trying to dislodge a piece of meat Thursday that appeared to be caught in a hopper at the San Luis Obispo grocer.

Fire Chief Garret Olson says the employee's sleeve was being pulled into the machine when a co-worker heard his screams and shut off the machine.

Olson says the man was a second away from suffering potentially fatal injuries.

Fire crews had to pry the machine open to get him out. He suffered a broken arm.