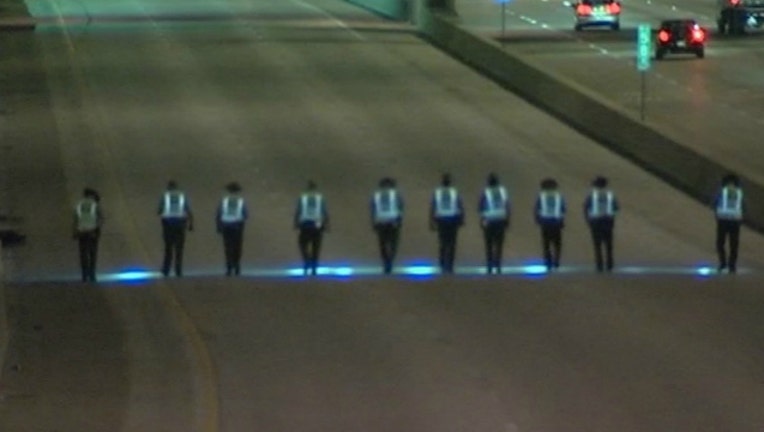 CHICAGO (SUN TIMES MEDIA WIRE) - A call of shots fired late Thursday in the express lanes of the Dan Ryan Expressway (I-94) shut down southbound traffic for about three hours overnight, according to Illinois State Police.

The shooting was reported about 11:30 p.m. near the 59th Street exit, state police said. No people or vehicles were shot.

Express traffic was halted as troopers canvassed the lanes for shell casings between 43rd and 63rd streets, but they found nothing, police said.

The lanes were reopened about 2:30 a.m. Friday.