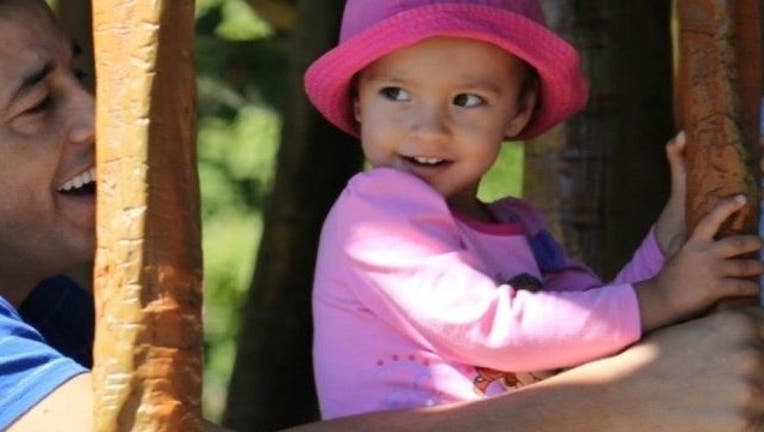 FOX NEWS - A 5-year-old Canadian girl who beat cancer was killed Monday after being pinned by an empty SUV -- just a day shy of her one-year anniversary of finishing chemotherapy.

Camila Torcato was able to begin kindergarten in September at St. Raphael Catholic School in Toronto after she finished treatment, The Toronto Star reported. The little girl underwent a number of surgeries on her lungs and kidneys at just 2 years old, when she was diagnosed with cancer.

And though she eventually beat cancer, it was a freak accident outside her school that ultimately cut short Camila's life. Camila’s father, Amilcar Torcato, told The Star he was picking up his daughter from school when an empty SUV raced toward them, pinning the pair against their vehicle.

Camila was rushed to the hospital, where she was diagnosed with organ failure and internal bleeding. She died Monday night.

The distraught father, his voice breaking, told The Star he normally did not pick up his daughter from school.

“I went to pick her up in school because the day before she asked me if I could,” he said. “Usually her mom picks her up, but that day I did.”

Amilcar said his daughter almost made it to her anniversary of finishing chemotherapy.

“It would be a year now after finishing chemotherapy and this just happened yesterday,” the father said. “There are so many memories of playing with her, and going with her to places she liked to go to like the beach, playing in the snow, outside, she liked being outside all the time.”

Amilcar said people need to be careful with their cars and making sure they are in park when leaving the vehicles running.