We are now 43 days into the legalization of recreational marijuana in the state of Illinois. There is still a shortage and there likely will be for a few more months.

CHICAGO - We are now 43 days into the legalization of recreational marijuana in the state of Illinois. There is still a shortage and there likely will be for a few more months.

But industry experts saw it coming.

“Don’t forget they can’t exactly speed up this process. They are plants, it takes time, it takes four months to go from seed to shelf,” said Jason Erkes of Cresco Labs.

Several reasons are to blame for the sellout. The bill legalizing recreational marijuana was only signed six months before the rollout, and companies got their hands on licenses a couple months after that.

Also, more conditions were added to the medical marijuana list encouraging 37,000 patients to get their medical cards.

“It was really a collaboration of all these things that created these supply issues,” Erkes said.

Not to mention a huge turnout of consumers on January 1st. Recreational users spent $39.2 million on weed in January, which is second only to California’s $70 million monthly record set in 2018. 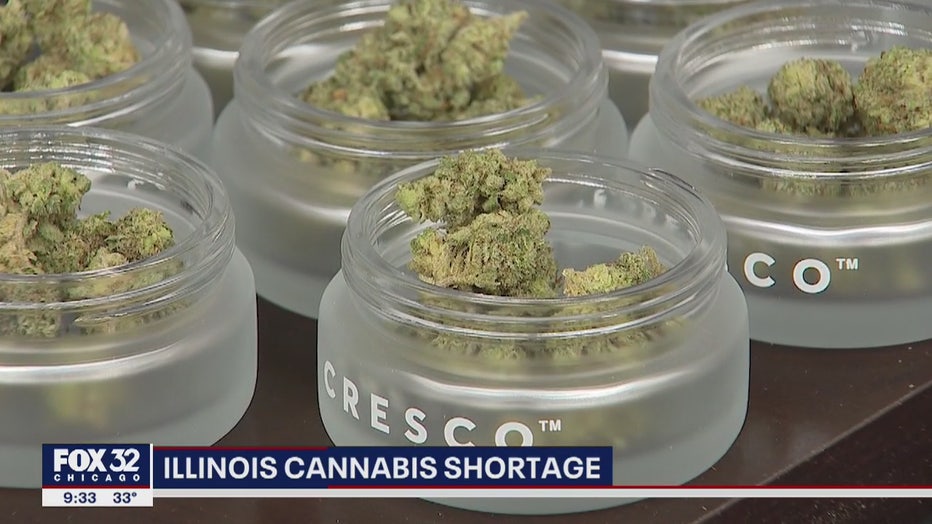 So, if you are a cannabis cultivator in Illinois, how do you keep up? Cresco Labs says you have to get bigger. We took a tour at their Joliet cultivation center.

In Joliet, they have 5-to-6,000 plants – which is small potatoes to what they have coming 130 miles south in Lincoln, Illinois. Construction is wrapping up on a more than 200,000 square foot grow house, which will be the largest in the state.

Cresco Labs will then have tens of thousands of plants, harvesting every two weeks, which they say will help put a dent in the demand.

Jessica Ryan is a Cresco Director of Cultivation.

“There are not magic beans here. I can't pop it in the ground and have a fully processed dried and tested plant read for sale,” Ryan said.

They do not just grow the flower, but they trim it, sort it and package it, and then make it into oils, gummies and chocolates.

Ryan insists the shortage should end in the next few months.

“Be patient. The plants are in the ground and we are cloning every day. It’s coming,” Ryan said. “By mid to end of spring, things should level off a little bit and the supply will meet the demand better than it is today.”

Also helping the supply and demand? Dozens more dispensaires will open this summer.