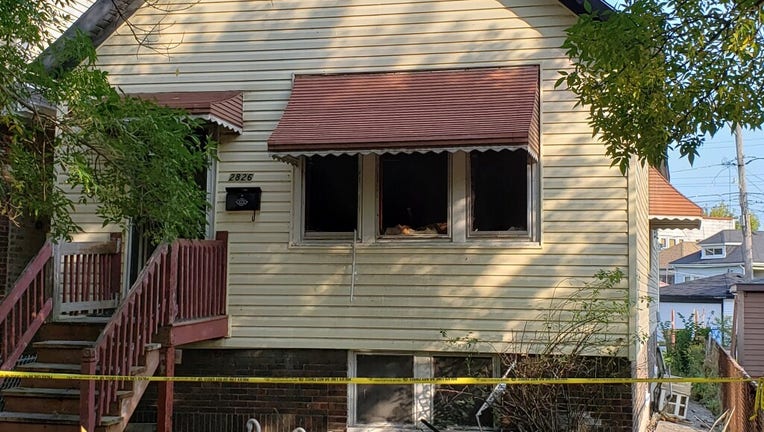 Firefighters extinguished a fire Oct. 6, 2020, in the 2800 block of East 93rd Street. Police say a man was unresponsive shortly before the fire broke out. | Chicago Fire Department

CHICAGO - A man found dead in a fire Tuesday morning in Calumet Heights died from carbon monoxide toxicity and inhalation of smoke and soot, according to an autopsy report. He also was severely burned.

The report, released Wednesday, ruled his death an accident.

The man was identified as Darryl Lane, according to the Cook County medical examiner’s office.

Police and fire officials had raised the possibility Tuesday that the man died from other causes.

Someone found the man unresponsive in the bedroom just before a fire erupted there about 7:39 a.m. in the 2800 block of East 93rd Street, according to Chicago police spokeswoman Karie James.

He was taken to Trinity Hospital, where he was pronounced dead, according to fire department spokesman Larry Langford.

It wasn’t immediately clear how the fire — which was contained to the bedroom — began, Chicago police spokeswoman Karie James said Tuesday.

Firefighters who responded to the blaze found the victim’s brother on the front porch, Langford said. He allegedly said his brother was still inside.

Police have classified the death as accidental and noncriminal, a spokeswoman said Wednesday in an email.