The murder of a popular Chicago area restaurant chef remains a mystery.&nbsp;

CHICAGO - The murder of a popular Chicago area restaurant chef remains a mystery.

Peter Rim was killed one year ago while riding in a car. To this day, his family still has no idea who or why anyone would want to hurt him.

Rim had no enemies; at least that is what police say about the popular suburban chef who was gunned down after an evening with friends in Chicago.

"All I know is they have no idea who or why,” said Steve Rim, brother. “And as devastating as losing a loved one is, it's actually worse not knowing who or why, or why someone did it.”

At 46, Peter was considered a successful chef and businessperson, operating three suburban restaurants and creating a name for himself in the industry. But to Steve, Peter was simply his big brother, a man who touched the lives of everyone he met.

"He is a typical older brother,” said Steve. “He used to pick on me as a little kid. But then he's the one that introduced me to sushi. Taught me how to make it. He had probably 500 people at his celebration of life party. It just shows how much people loved him.”

Rim was violently killed a little more than a year ago while riding in a car on the city's Northwest Side near Karlov and Diversey. The single fatal bullet came from a vehicle. 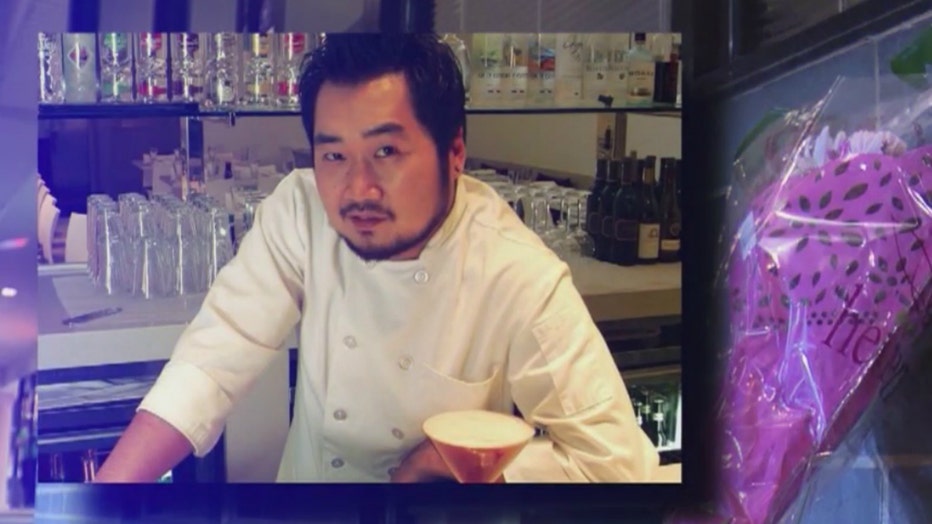 For the first time ever, Chicago police are sharing exclusive footage of gunman's car captured on video.

Detective Adam Criscione from Area North has followed this case from day one, tracking down the footage after hours and hours of hard leg work.

What he knows now is that the killer was following Peter and his friends for several blocks before making his move at just past Karlov where he began to beep at them repeatedly.

“Our offending vehicle has driven around the block and set up there right at the corner of Avers,” said Detective Criscione. “As soon as our Peter pulls away, he's the front seat passenger, the white Impala is going west here on Diversey, as soon as it crosses Avers, the Nissan Rogue pulls out behind him. Now the Rogue follows behind with various footage from speed cameras and private surveillance video, that show all this.”

Who is behind the wheel of the Nissan Rogue is what police want to know, and why did the driver of the Rogue shoot several times even as Peter was rolling down the window to see if something was wrong.

“You can see a pretty good silhouette of the offender,” said Detective Criscione. “You can make some generalizations from it, but not good enough for an identification. We don't know if there was a prior argument, immediately prior to this, or if it's something random where they were misidentified, they thought they were a gang or something like that. We don't know.”

Because of his contacts in the food industry, Peter's friends, like Jeff Dunham, have collected $25,000 in reward money.

“It's all about doing what's right, the $25,000 hopefully would be enough for them to look within and do what is right,” said Dunham.

Catching the killer or killers is what Peter's family is praying for. Steve says one way or another the gunman will pay the price for ending the life of a good man.