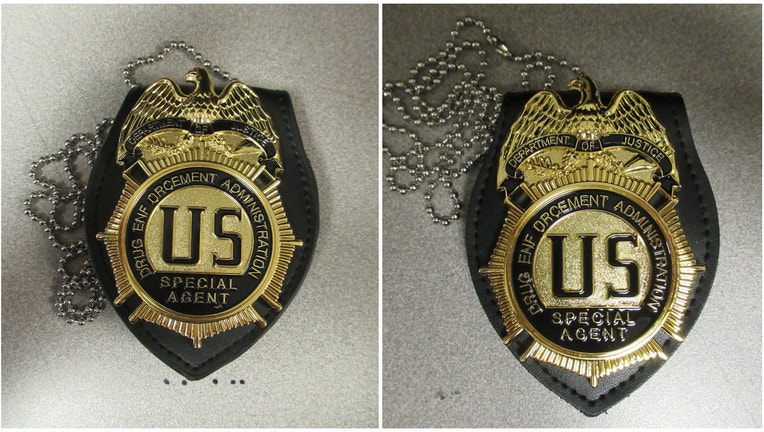 Courtesy of Customs and Border Protections

Officers seized 26 fake badges that came from China and were destined for locations all across the United States.

A total of nine counterfeit DEA and FBI badges were also stopped at the Chicago International Mail Branch on Aug. 13 and Aug. 15

"These seizures are an example of the vigilance demonstrated by CBP officers every day at our nation’s international mail facilities and express consignment operation hubs," said LaFonda Sutton-Burke, Director, Field Operations-Chicago. "Finding these and ensuring dangerous criminals can’t use these badges for illegal activity is further proof of how CBP protects our nations communities."

Fake DEA and FBI badges from China seized in Chicago