A ceremony at the Pullman National Monument on Monday marked another step in making a sprawling factory site on Chicago’s South Side a tourist attraction.

CHICAGO - A ceremony at the Pullman National Monument on Monday marked another step in making a sprawling factory site on Chicago’s South Side a tourist attraction.

Federal, state and local officials gathered to draw attention to the work being done at the site where Pullman passenger railroad cars were built. President Barack Obama designated the factory and surrounding area a national monument five years ago.

More than $34 million in public and private funds was raised for the renovation of the clock tower building, once nearly destroyed by arson. The building, built in the 1880s, will serve as the visitors’ center for the national monument.

Teri Gage, the National Park Service superintendent of the 12-acre site, said trees were growing in the building when she visited it in February.

“Now we have concrete floors, we have framing for the interior walls,” Gage said.

When the visitors center at the clock tower opens, it will include historical exhibits recounting Pullman’s history, said Colleen Callahan, director of the Illinois Department of Natural Resources, which owns surrounding grounds and buildings.

“Not only as a model town, but as that labor mecca,” Callahan said. 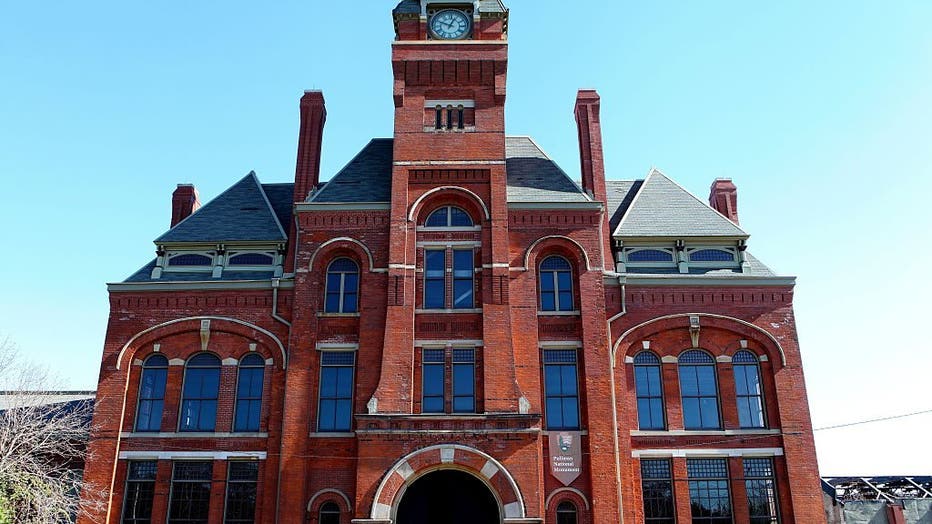 The Pullman Factory Site, which has been designated as a Pullman National Monument, photographed during the Chicago Architecture Foundation's 'Open House Chicago 2015' in Chicago, Illinois on OCTOBER 18, 2015. (Photo By Raymond Boyd/Getty Images)

The factory and the neighborhood around it was built by industrialist George M. Pullman in the 19th century for people who worked at his state-of-the-art factory. The building of the town was a move of goodwill he thought would help prevent labor strikes.