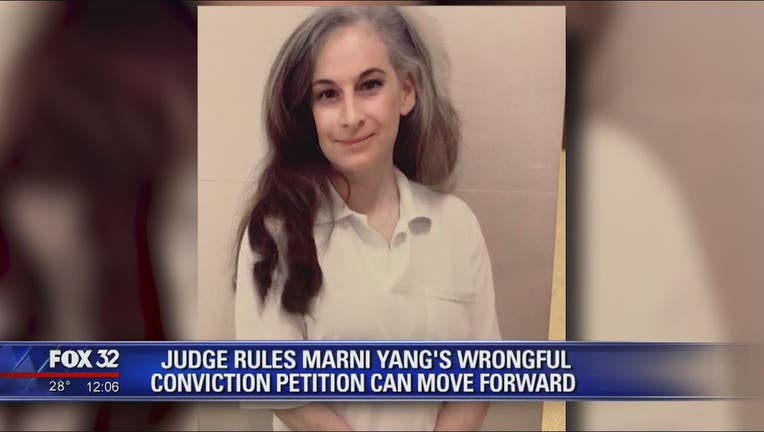 WAUKEGAN, Ill. - A suburban Chicago judge ruled Tuesday that a woman convicted of murder in the 2007 shooting death of ex-Chicago Bear Shaun Gayle’s pregnant girlfriend can proceed with her effort for a new trial or evidentiary hearing.

Lake County Judge Christopher Stride said the petition that Marni Yang’s attorney filed in October has merit and can proceed.

Yang’s attorney, Jed Stone, called the decision a “big step towards exoneration” at a news conference after the hearing, according to the Lake County News-Sun.

But in a statement, Lake County State’s Attorney Mike Nerheim said the ruling was expected given that the judge was only required to review statements made by Yang’s attorney. He said the ruling simply sets up the next stage in the challenge in which his office will be able to respond to Stone’s claims for the first time.

Yang was convicted after a trial in which prosecutors argued that she killed Rhoni Reuter because she saw her as a rival for Gayle’s affections. A key piece of evidence was a taped conversation in which Yang can be heard telling a friend that she shot the 42-year-old Reuter, who was pregnant with Gayle’s child, at Reuter’s Deerfield condominium.

But Stone contends that the woman falsely confessed out of fear that police would charge her teenage son in the slaying. And he has argued that not only did Yang’s original attorneys fail to challenge evidence presented by prosecutors but that prosecutors withheld evidence that would have helped Yang’s case.

Yang is serving two life sentences at the Logan Correctional Center and did not attend the hearing.