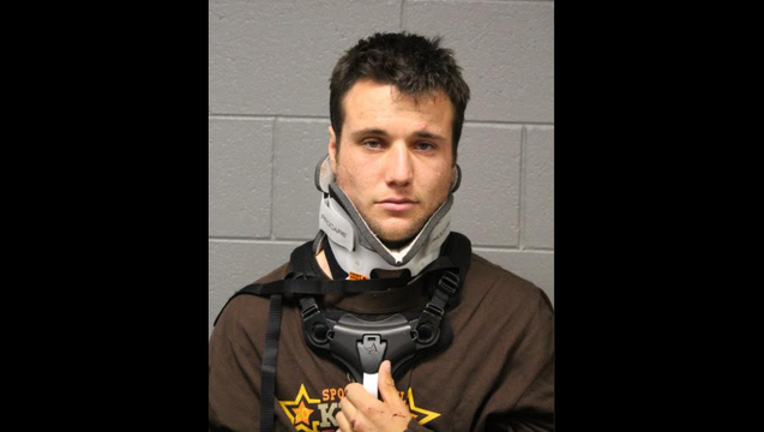 CHICAGO (STMW) - A 20-year-old motorcyclist who police say went through a red light and fatally struck a woman who was crossing Lake Shore Drive Monday night near Grant Park was charged Friday.

About 10:25 p.m. Monday, Lyons rode between stopped cars in the 700 block of South Lake Shore Drive and struck a man and woman as they were crossing the street, police said.

The woman was taken to Northwestern Memorial Hospital, where she was pronounced dead, police said. The Cook County medical examiner’s office identified her as 25-year-old Katrin Kutscheidt from Germany.

An autopsy showed she died of multiple blunt force injuries and ruled the death an accident.

The 41-year-old man was taken in serious condition to Stroger Hospital, police said.

Lyons was also injured and was taken in serious condition to Northwestern, police said.

He was cited for disobeying a red light, no valid motorcycle classification, no valid driver’s license, no insurance, failure to reduce speed to avoid an accident, failure to yield to a pedestrian in the roadway, and improper lane usage, police said.

Lyons is scheduled to appear in bond court Saturday.