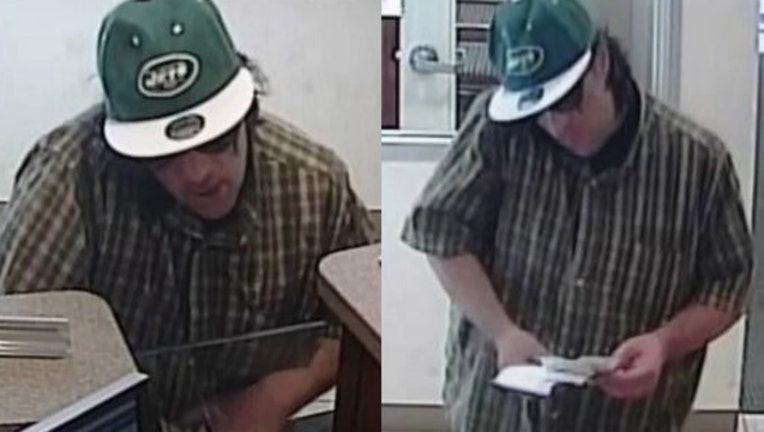 CHICAGO (Sun-Times Media Wire) - Federal investigators are looking for a man who robbed a Chase Bank branch Monday in the Loop.

About 5:20 p.m., a man walked into the Chase branch at 161 N. Clark St. and committed a non-takeover robbery, according to the FBI.

The man was described a white, with a medium complexion, brown hair and a large build who was between 5-foot-8 and 5-foot-11, the FBI said. He wore a green New York Jets hat, a brown checkered shirt and blue jeans.

On Tuesday, the FBI released surveillance photos from the robbery and announced a reward of up to $1,000 for information leading to his arrest.