CHICAGO - A Chicago 911 dispatcher said Tuesday he has resigned from his job over what he sees as a lack of support for law enforcement from Mayor Lori Lightfoot and other city officials.

Keith Thornton Jr., joined "Fox & Friends First" to discuss the lawlessness and out-of-control crime that led him to resign from his role as a dispatcher.

"There is no transparency from the city hall here in Chicago and just a very negligent administration. It was just time. I'm tired of it," he said, calling out "revolving door" bail policies.

The president of Chicago's police union is blaming the city's school system and Lightfoot for its staggering homicide rate.

Chicago police made arrests in 12% of crime cases in 2021, the lowest rate since 2001, as sweeping changes have been made in recent years as to how the department patrols the streets, including restricting their vehicle pursuit policy and ending foot pursuits if a suspect runs from an officer or if someone commits a minor offense.

HERO DISPATCHER WARNS OF COP SHORTAGE IN NW SIDE DISTRICT: 'YOUR SAFETY IS COMPROMISED'

Thornton said in part that he resigned to be a better "advocate and get my voice out there" on the crime crisis facing the city. 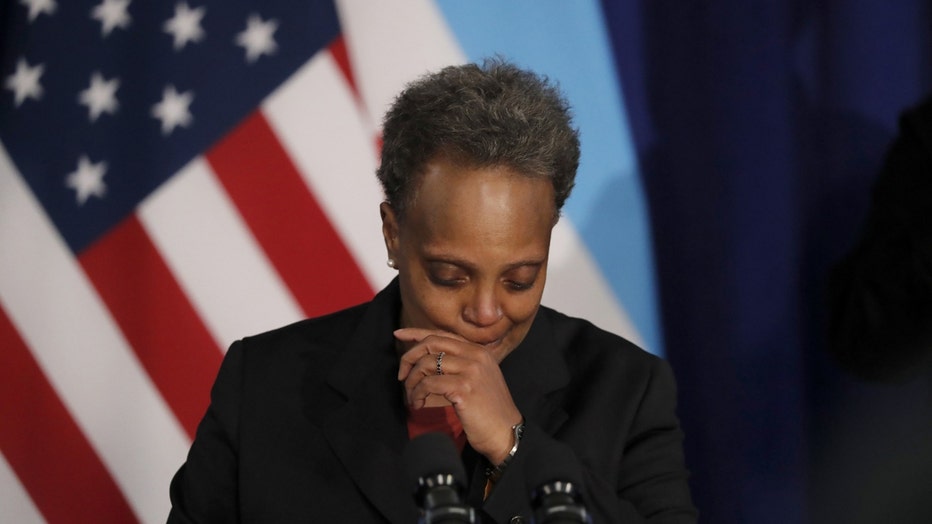 Thornton said what is bigger than the Chicago crime level, is "Mayor Lightfoot's ego." He went on to say the mayor goes on TV and lies about the severity of the crime in the city.

"Constantly every week, every other day, they're saying that the stats are down with violent crime and people shot and homicides. Listen, being on the other side of the radio as a dispatcher in Chicago, I'm like, this is nonsense. … I don't stand for that. This is wrong," he said.

Thornton said these are "lies" coming from Lightfoot and crime has never been this bad in the city.

"We're supposed to tell these citizens a bunch of fluff that we have resources and police coming and there's hours and hours before we can get an officer to many of the scenes throughout the city," he said.

Thornton concluded by emphasizing how law enforcement is leaving their jobs because of the liberal criminal justice policies.

"We love what we do. We love serving and protecting, and we're leaving to go somewhere else and just pray for our city," he told Todd Piro.