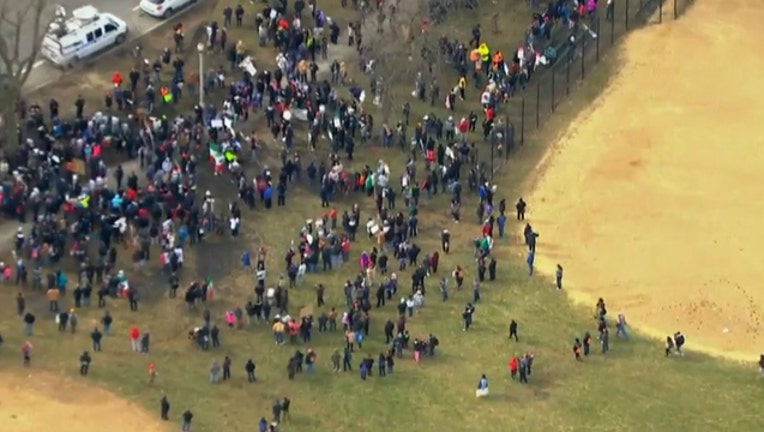 CHICAGO (AP) - Businesses throughout the Chicago area closing their doors or allowing employees to stay home in solidarity with "A Day Without Immigrants" actions planned nationwide.

A rally is planned at a Chicago park Tuesday as immigrant-heavy businesses speak out. The actions are in response to President Donald Trump, who's pledged stepped up deportations and aggressive immigration policy.

Pete's Fresh Market closed five of its 12 grocery stores. Owner Vanessa Dremonas says her Greek immigrant father started Pete's and helping immigrants is "in his DNA." Stores and taquerias selling tortillas made by Chicago-based El Milagro are closed for the day.

Chicago celebrity chef Rick Bayless will close four of his six restaurants. Other restaurants that are part of a "sanctuary movement" say they're closing or giving employees the day off.