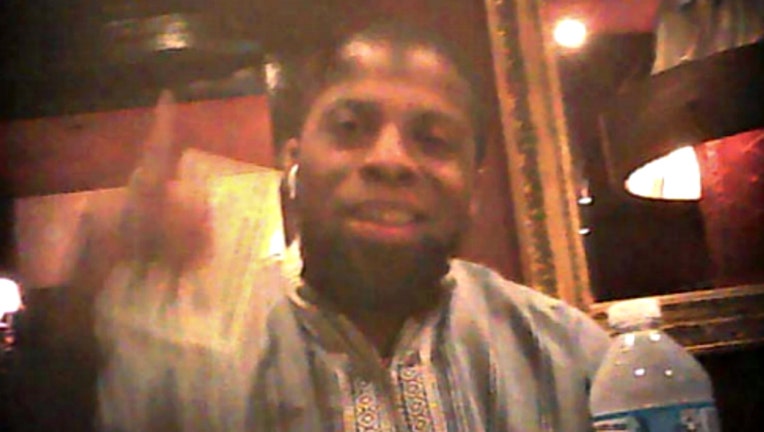 A photo of Jason Brown in a criminal complaint. | Federal Court Records

CHICAGO - A purported street-gang leader from suburban Chicago who became radicalized in prison faces federal charges accusing him of seeking to provide money to Islamic State militants in Syria, according to a complaint unsealed Friday in U.S. District Court in Chicago.

Jason Brown, the 37-year-old leader of the AHK gang, could be heard on secret FBI recordings speaking admiringly about beheadings by the Islamic State group, the 27-page complaint says. If someone insults the Prophet Mohammed, “his head gotta go,” he is cited as saying.

AHK, which prosecutors say traffics drugs throughout the Chicago area, is comprised of former members of the Black P-Stone, Gangster Disciples and Four Corner Hustlers who converted to Islam, the court filings say. The gang requires all new members to covert.

Brown, who goes by Abdul Ja’Me, handed over $500 on three occasions this year to someone he believed would wire it to an Islamic State fighter, the complaint says. But the middleman was cooperating with authorities and the supposed militant was an undercover officer.

Brown also talked about traveling to territory controlled by the Islamic State group, the filings allege.

Arrested on Thursday, Brown is charged with attempting to provide material support and resources to a foreign terrorist organization. If convicted, he faces a maximum sentence of 20 years behind bars. His detention hearing is scheduled for Nov. 21. Brown’s attorney, Nicholas Grapsas, declined comment Friday.

While in prison in Georgia on a gun conviction, Brown became an ardent follower of an Islamic scholar who called for Muslims to fight nonbelievers, the complaint says. After his release in 2018, he sought to persuade gang recruits to also back the Islamic State group.

The gang is based in suburban Bellwood, west of Chicago. Brown’s home address is in nearby Lombard.

Six other alleged members or associates of the AHK gang were also arrested Thursday. They face federal drugs charges.