On Thursday, Advocate Sherman Hospital in Elgin honored a 90-year-old woman who decades ago was denied the chance to train at the hospital because she was Black.

This year, they honored a 90-year-old woman who decades ago was denied the chance to train at the hospital.

Mary Elizabeth Brown always wanted to be a nurse. But when she tried to train at Advocate Sherman Hospital, she was rejected because she was Black.

"Your rejection in 1951 in this hospital, it was wrong and it was unjust. We want to acknowledge the pain suffered by you, by your family and by other people who were denied because of their race," said Sheri De Shazo, President of Advocate Sherman Hospital.

Brown persevered and became the first Black nursing student to train at St. Joseph’s Hospital in Joliet where she started her practice. 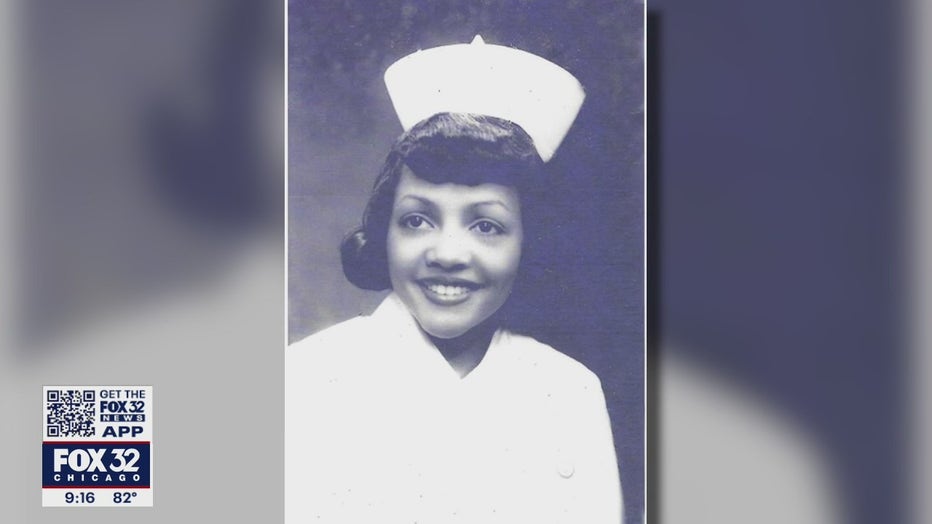 "It is our honor and our privilege to recognize and celebrate your many achievements, contributions, tireless advocacy for our community of Elgin – by naming you today our honorary Chief Nursing Officer of Advocate Sherman Hospital," De Shazo said.

"It has been overwhelming to be honored today. And I shall never forget your kindness," Brown said.

Betty was surrounded by her family, including her son and husband of 66 years.

"While there is still so much progress to be made, we strive to honor, respect and value the richness of our cultural backgrounds and unique perspective that each person brings to this place of healing," De Shazo said.

Nurse Betty Brown is also known for her community involvement in Elgin and across Chicagoland. She started her own PR firm, worked as a columnist and wardrobe consultant, and has served in leadership roles in the YWCA and Elgin Woman’s Club.