A stash of counterfeit COVID vaccination cards was seized by US customs agents at O’Hare Airport — and while they may look legit, they contain some errors that tipped off investigators.

CHICAGO - A stash of counterfeit COVID vaccination cards was seized by US customs agents at O’Hare Airport — and while they may look legit, they contain some errors that tipped off investigators.

The shipment of fake cards was headed from China to an address in Ohio.

"They do represent and look very close to the CDC cards that everyone receives when they get the vaccine," said Steven Bansbach, spokesman for the U.S. Customs and Border Protection Agency, which seized the cards at an international mail facility at O’Hare last week.

While the CDC seal looks legitimate, there are multiple misspellings, including the word "sure" and "COVID-19" itself. They are also printed on a different paper stock than the cards used by the CDC. 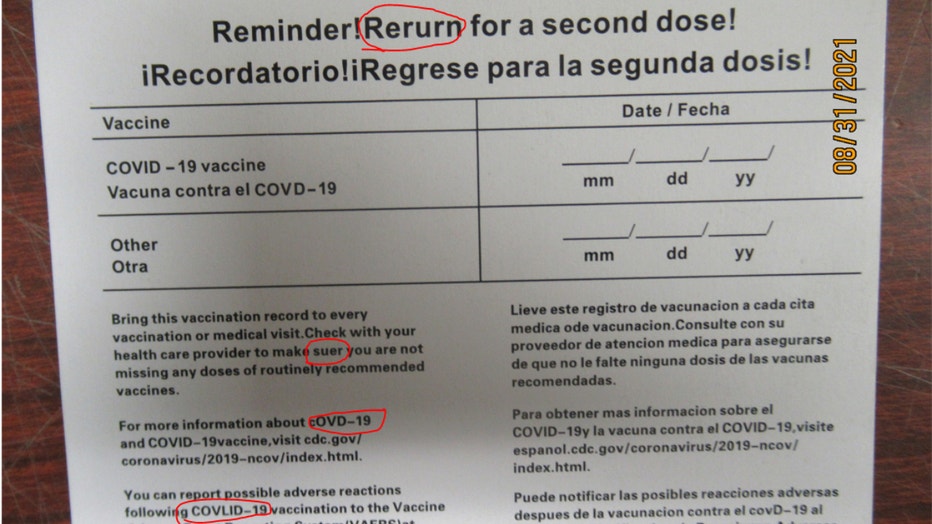 While fake vaccination cards from China have been pouring in all around the country, these are the first seized at O’Hare.

"We are definitely starting to see possibly an increase," Bansbach said. "But our officers are very well trained. We have technologies. We have x-ray abilities. We have the expertise of the officers."

The FBI says creating, buying or selling fake vaccination cards is illegal and could result in fines or prison time. But with more public places requiring proof of vaccination, including now the United Center, health professionals say the fake cards put everyone in danger. 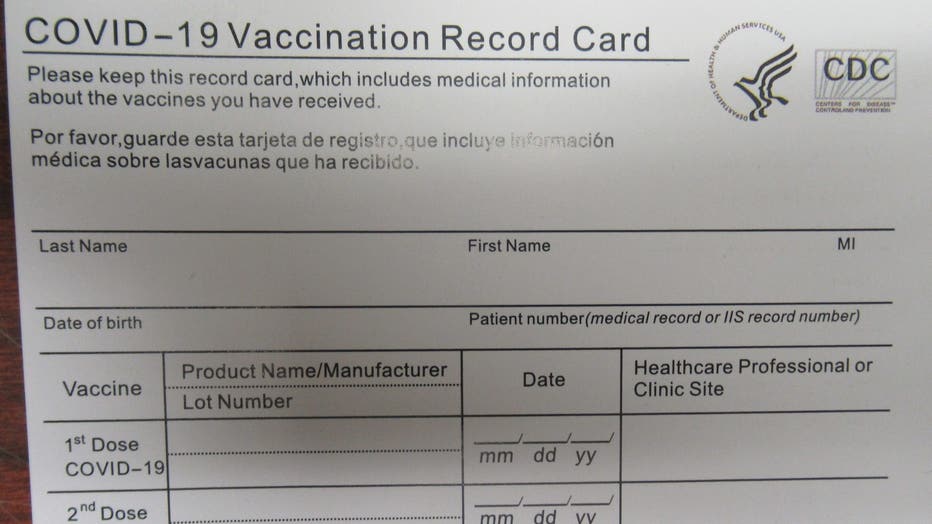 "There is a big concern for the general public if people are using fake cards," said Dr. Shikha Jain of UIC Health Systems. "Because a lot of people are trying to get back to normal life, but they can’t do that safely if they don’t know if people who are saying they’re vaccinated aren’t actually vaccinated."

Just last week, 24-year-old Chloe Mrozak of south suburban Oak Lawn was arrested and jailed in Hawaii after allegedly being caught with a counterfeit vaccination card. Police say she was trying to avoid Hawaii’s mandatory 10-day quarantine for unvaccinated visitors.

"There are people that don’t want to have the shot," Bansbach said. "That is their prerogative. But don’t fake it."

The CBP has seized thousands of counterfeit vaccination cards across the country.

The FBI is warning people about the dangers of fake COVID-19 vaccination cards and other coronavirus scams.