Chicago chef cooks up mentoring program to help others

CHICAGO - A local chef with restaurants on the South Side is training people to work in them.

“I’m from Englewood, I’m from the South Side of Chicago. Proud South Side. I grew up in Englewood,” Rome said.

It is that pride that drove Rome to cook up a mentoring program called “Mise En Place Chicago.”

“Mise En Place is a French term for ‘all things in order.’ The reason we named our program 'Mise En Place' is because what we understood that in the kitchen, everything has to be in order. It made the most amount of sense to be as organized as possible. For efficiency, you have to be organized,” Rome said.

He wanted to give young people something that could not be taken away, which is a future in food. And he's doing it by breaking stigmas and reversing bad habits that he says hold young people back.

“The program is geared to really spark ideas and stimulate, motivate people to want to do something for themselves. Here’s the thing, when you talk about food service, not only is it a transferrable skillset, it’s a skill that you are going to use for the rest of your life,” Rome said. 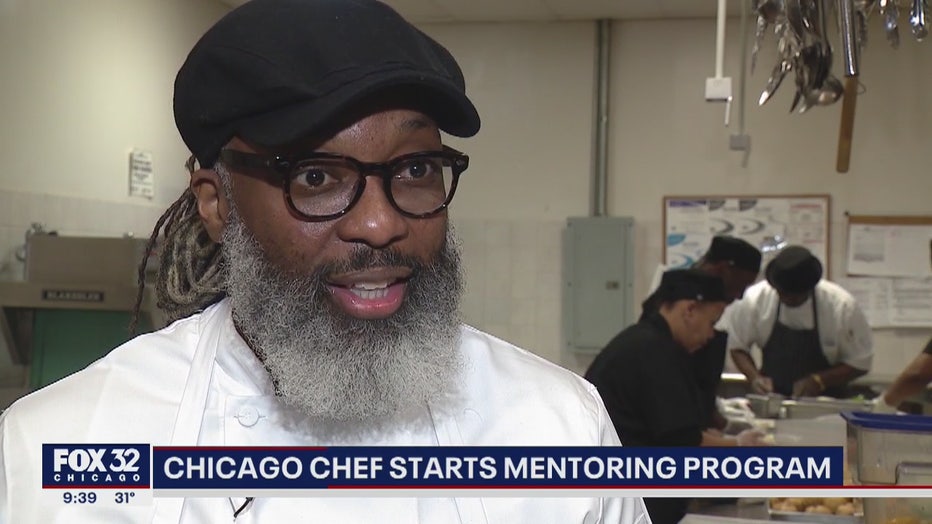 Students also learn the value of re-investing in their community. It is something Rome knows a thing or two about. He has opened five restaurants in Bronzeville, serving his neighbors there for 19 years.

“I like to tell a story of a person who lives in the community, goes to work at a place like Peaches at 47th and King Drive. They cash a check at an African-American owned bank, GN bank at 46th and King Drive. They take that check and they go down to Bill Barr Bakery who has been there for 30 years, and they buy a cupcake. What they essentially have done is keep that money in the community,” Rome said.

Travell Smith knows. He has been working with Rome since last June.

“Some of the skills I learned? Cutting, Cutting tomatoes, cutting onions, cutting potatoes. Are we just talking about skills overall? Cutting potatoes, frying fish, frying potatoes, flipping pancakes,” Smith said. “I’m starting to learn everything, like a lot of stuff that I didn’t know then, I’m learning it now.”

And he's already seeing the fruits of his labor.

“It’s awesome. We have students that were part of this program that have gone to post-secondary institutions. You take a student, who was part of our program, who never was even remotely interested in culinary arts, decided to take this program, and decided to go to culinary at Washburn, then leave from Washburn and go to work at University of Chicago. To be able to track that person is amazing,” Rome said.

For more information about the program, go to www.miseenplacechicago.org.