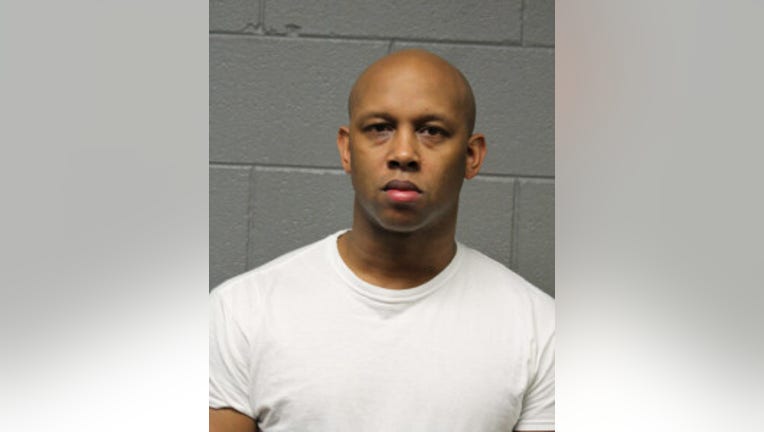 CHICAGO - A Chicago police officer is accused of sexually assaulting a high school student and a woman years before he was hired by the department.

Winford Neely, 39, is charged with five felony counts of criminal sexual assault, according to a bond proffer prepared by Cook County prosecutors.

The earliest assault occurred in 2013, when a 31-year-old woman, who is now 38, met Neely on a dating app, prosecutors said. He told her he was a Chicago police officer, but he was not at the time.

In July 2013, the woman visited Neely’s apartment in Oak Park. The pair were having wine when Neely asked her to get him a glass of water, prosecutors said. She went to the kitchen, leaving her glass unattended and out of sight.

When she sat back down on the couch she had a sip of wine and later started to feel disoriented and her vision became blurry, prosecutors said. Neely then allegedly grabbed her and took her to his bed, where he allegedly sexually assaulted her.

The woman didn’t immediately call police but told a friend about the assault in September 2013. She filed a report with Chicago police on June 26, 2019, and the case was transferred to the Oak Park Police Department, prosecutors said.

Neely is also accused of assaulting a 21-year-old woman multiple times in 2014 when she was 15 years old, prosecutors said. He was the victim’s basketball coach and a security guard at her high school at the time.

The assaults continued three to four times a week until March 2015, prosecutors said. The girl didn’t report the attacks to police at the time but told a friend about them while she was in high school.

Neely left the school December 2017 after he was accepted into the Chicago police academy. However, he made multiple attempts to contact the girl on social media until October 2020, prosecutors said.

She filed a police report Sept. 24, and the next day she received a friend request from Neely on Snapchat, prosecutors said.

“There is an open investigation with the Bureau of Internal Affairs regarding this case. If it’s determined the allegations are true, appropriate disciplinary action will be taken,” police said in a statement.

Neely was released from custody Wednesday after posting bond, according to court records. He is due back in court Dec. 23.