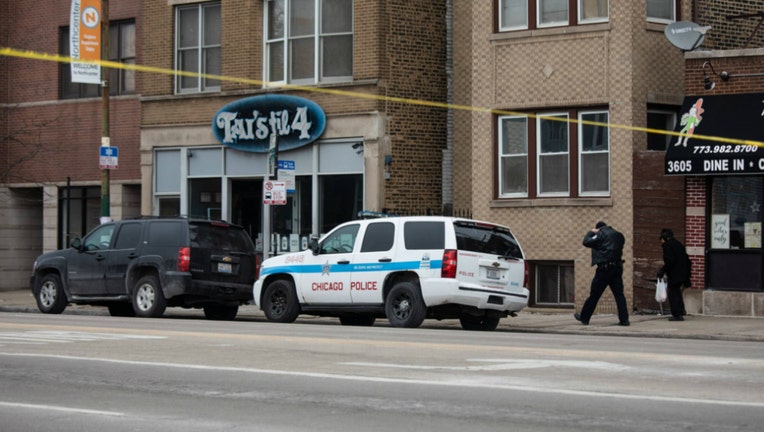 A police officer walks with a person outside Tai’s Til 4 on the 3600 block of Ashland following a police-involved shooting on the morning of Feb. 9, 2020. | Pat Nabong/Sun-Times

CHICAGO - An armed person was shot to death by Chicago police Sunday after allegedly shooting someone outside of a bar in Lake View on the North Side.

About 5:15 a.m., officers in the area responded to calls of a disturbance outside of Tai’s Til 4, 3611 N. Ashland Ave., and as officers arrived, an armed male shot a person outside of the bar and attempted to run from the scene, interim CPD Superintendent Charlie Beck said at a press conference.

As officers pursued the armed male, he allegedly fired shots at police and an officer returned fire, fatally striking him, Beck said. The armed male was pronounced dead at the scene, and a gun was recovered.

The 35-year-old man who was shot by the armed male was struck in the neck and cheek, police said. He was rushed to the hospital for surgery and is in critical condition.

“The officer who fired was transferred to a medical facility. He is being treated for bumps and bruises. He was not shot, but he did fall during his pursuit of the offender,” Beck said.

The Civilian Office of Police Accountability is investigating, Beck said. And the officer who fired his weapon will be placed on administrative duty for 30 days, per department policy. 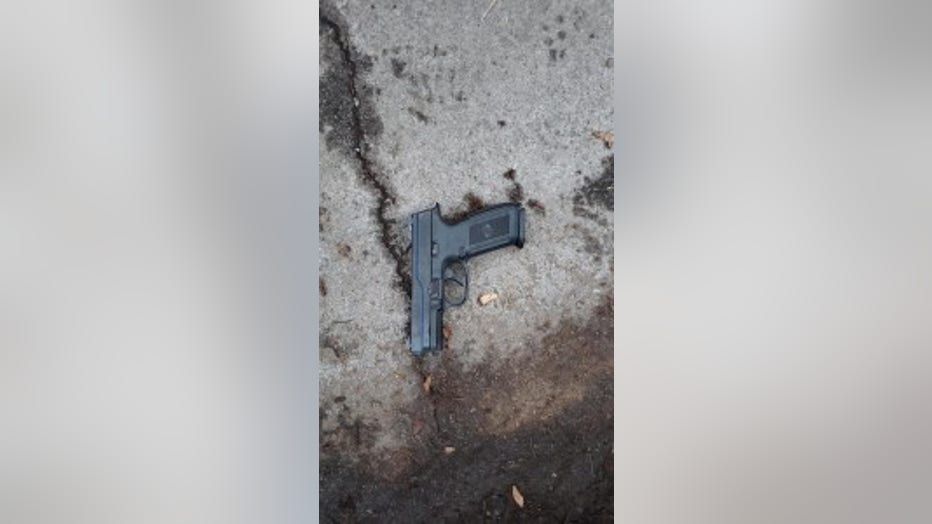 Chicago police recovered a gun after fatally shooting someone who allegedly shot another person and fired at officers Feb. 9, 2020, in the 3600 block of North Ashland Avenue. | Chicago police