The accident took place near the intersection of Morgan Drive and Rainey Drive. Chicago firefighters could be seen trying to pry open the doors of a vehicle to presumptively rescue people inside.

According to Chicago police, the vehicle was traveling at a high rate of speed when it swiped another vehicle and then veered off the road and crashed into a tree.

There are conflicting reports on the conditions of the two surviving men — one 21-years-old while the other is 19-years-old. Fire officials on scene said they were in serious condition, while police said fair condition. Both were transported to area hospitals.

No further details were immediately available. Area One detectives are investigating. 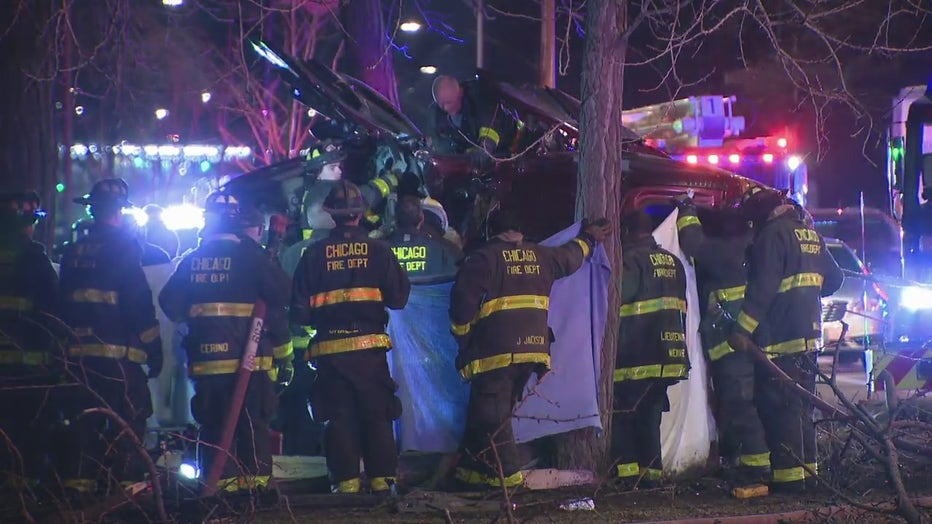