CHICAGO - Chicago police are asking for the public’s help in identifying two men who are suspected of robbing a woman on a CTA Blue Line train.

According to police, the offenders approached the woman on the train, punched her in the face several times and stole her cellphone.

The two suspects then fled the scene. 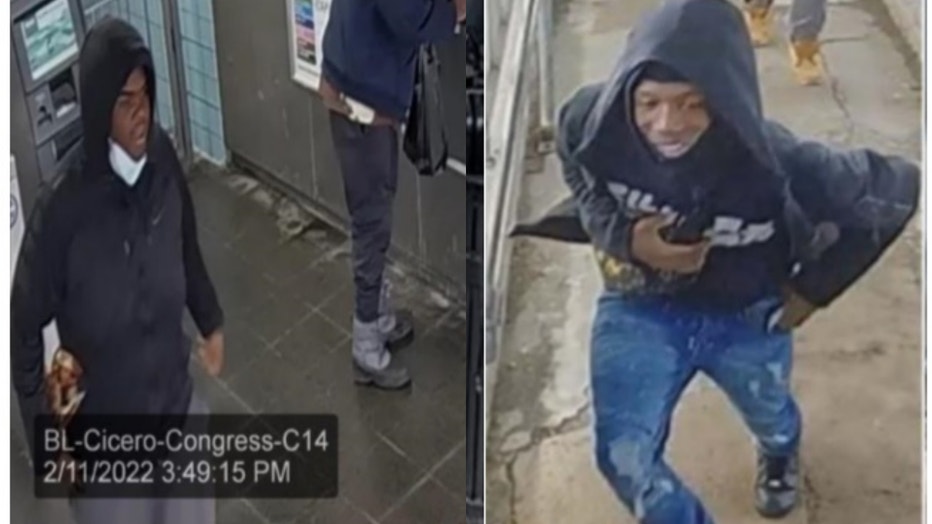 Anyone with information on the suspects’ identities is asked to contact the Bureau of Detectives – Mass Transit at 312-745-4443.