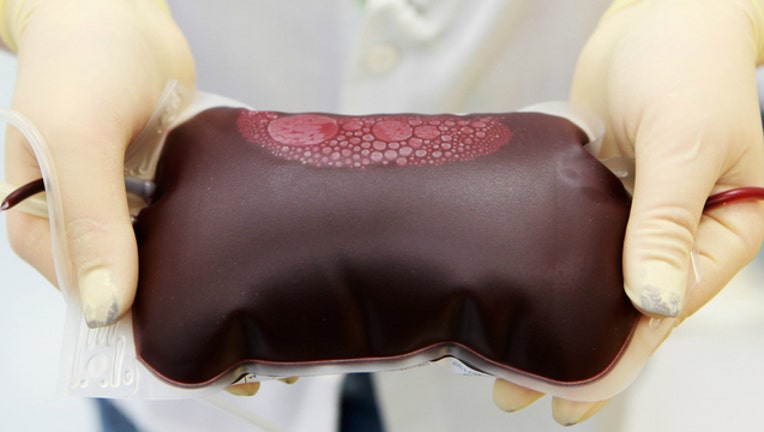 CHICAGO (AP) - African American blood donors are underrepresented in Cook County and a pediatric hematologist has a plan to turn that around.

Fewer than 7% of all American Red Cross blood donations came from black donors last year, though African Americans made up 24% of the county's population.

But Dr. A. Kyle Mack is working with the Red Cross and Lurie Children's Hospital to launch an initiative in which black donors can have blue tags attached to their blood donations, the Chicago Tribune reported. The move could allow their blood to be given to patients with sickle cell at Lurie.

The project is similar to an effort taking place in Philadelphia.

Mack shares his message at churches on the South Side and at community group events, inviting people to visit blood drives.

"There are so many sickle cell patients present in Chicago, given that we have a large African American community," Mack said. "It's about offering them the same opportunity to get blood transfusions without complications.

Mack said he believes part of the reason people are apprehensive to become donors is due to a lack of information.

"We've learned over time that people really just don't know about how long does it take to give blood, Am I going to catch anything by giving blood? Will it hurt?" Mack said. "These are real concerns many donors have."

The disease is hereditary and impacts around 100,000 Americans, many of whom are black, according to the Centers for Disease Control and Prevention.

Blood donors of African descent are more likely to have proteins on their red blood cells that are similar to proteins on the red cell membrane of sickle cell patients share their same African lineage. Getting that blood makes those patients less likely to develop responses against those contributed blood cells.

"It's very important. It's my life," Walton said of efforts to get more African Americans to give blood. "For that blood to (not) be there when I need it and for it to not be as effective is upsetting."