The Chicago Fraternal Order of Police (FOP) has issued a vote of no confidence against Chicago Police Superintendent Eddie Johnson.

CHICAGO - The Chicago Fraternal Order of Police (FOP) has issued a vote of no confidence against Chicago Police Superintendent Eddie Johnson.

It's unclear what the decision was specifically based on, but the vote of no confidence comes after Supt. Johnson was found asleep in his vehicle early Thursday morning last week. He later admitted to drinking before driving the night he was found in his official police vehicle a few blocks from his home.

Chicago's top cop added his failure to take the proper blood pressure medication led to him falling asleep in his vehicle after he felt light-headed and pulled over while driving home from a late dinner.

Supt. Johnson ordered an internal investigation into the incident, saying he wants to assure the public that he's not trying to hide anything about his actions or the actions of the officers who responded to a 911 call from a passerby reporting that someone was asleep in a vehicle at a stop sign. 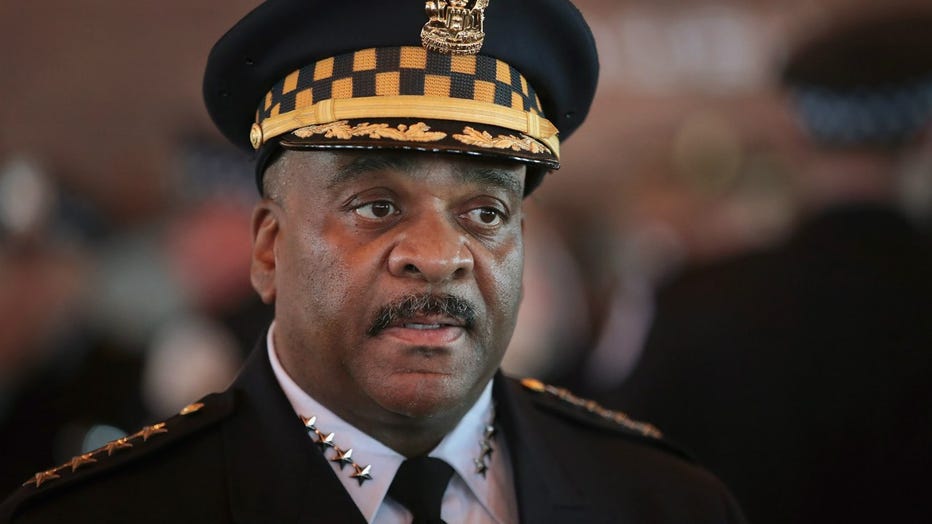 In addition, on Tuesday of this week, Supt. Johnson said he would not attend President Trump's speech when he visits Chicago on Oct. 28.

"The values of the people of Chicago are more important to him than anything that could be discussed at that speech," Johnson's spokesman, Anthony Guglielmi, said shortly after the White House announced Trump's planned address.