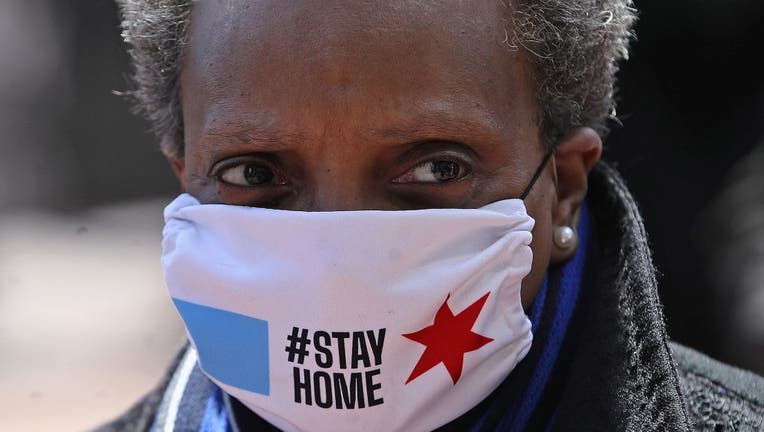 CHICAGO, ILLINOIS - APRIL 16: Chicago mayor Lori Lightfoot arrives at Wrigley Field on April 16, 2020 in Chicago Illinois. Wrigley Field has been converted to a temporary satellite food packing and distribution center in cooperation with the Lakevill

CHICAGO - Chicago officials announced dozens of community organizations Monday that’ll help with the city’s effort to hire hundreds of contact tracers in the fight against COVID-19.

Mayor Lori Lightfoot first announced the $65 million initiative in May, saying the positions would be filled in August.

So far, roughly 100 people have been offered jobs in the effort as city officials insisted Monday they were “right on track.” Chicago will work with 31 community groups to hire 500 others for contact tracing and supervising positions that’ll pay either $20 or $24 hourly. Federal grants will pay for the program.

Contact tracing is a routine public health strategy to limit the spread of infectious diseases. Currently, the city’s Department of Public Health has been contacting those who’ve tested COVID-19 positive and worked with them to reach others they’ve had close contact with.

Lightfoot said the effort, noting the new jobs, marked a moment of optimism during the pandemic that’s killed 8,314 Illinoisans, including five reported Monday.

“This is really about a moment of hope,” Lightfoot said at news conference. “’It’s about making sure that we’re doing what we need to do and have the infrastructure to continue pressing in our response to COVID-19.”