A summer project is getting Chicago kids to channel their creativity into art.

CHICAGO - A summer project is getting Chicago kids to channel their creativity into art.

A new mural going up in Englewood will not only help beautify the neighborhood, but also gives young people something productive to do and puts some extra cash in their pocket.

Production of the 1,000-square-foot mural is underway under the Metra viaduct along Marquette Road, just west of Wentworth Avenue.

The mural, made of nearly 300,000 pieces of frost-proof tile, is a collaboration between Green Star Movements, Innovation 80 and the Yale Harvard Homeowners Association.

Green Star has more than 170 murals citywide and they’ve been in operation 15 years. 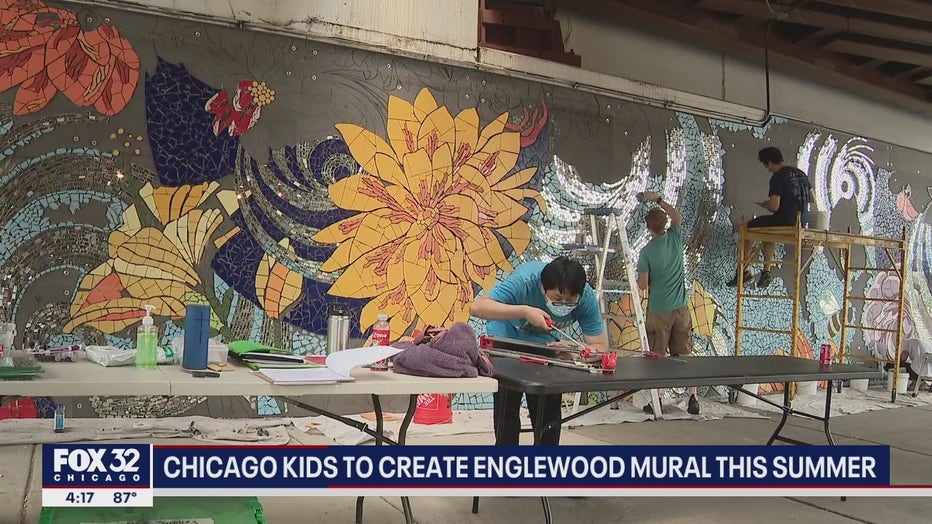 Along with beautifying Chicago neighborhoods, Green Star has an internship and high school work program where students are paid a stipend.

Project organizers say the effort is beneficial for the community and young people especially.

"What we do through our programs is we teach kids job readiness, we teach them discipline, we teach them strategic planning and execution," said Jordan Taggart of Green Star Movement.

"It makes them [residents] feel good and happy because normally there would be nothing here. It'd just be like a white wall but when they see people working hard it brings them joy and excitement that someone's caring about the community," said high schooler Ezra Washington.

The group started the mural on July 6 and expect to have it completed by August 13.

Organizers say they’re now working on funding to have a mural placed on the other side of the viaduct as well.